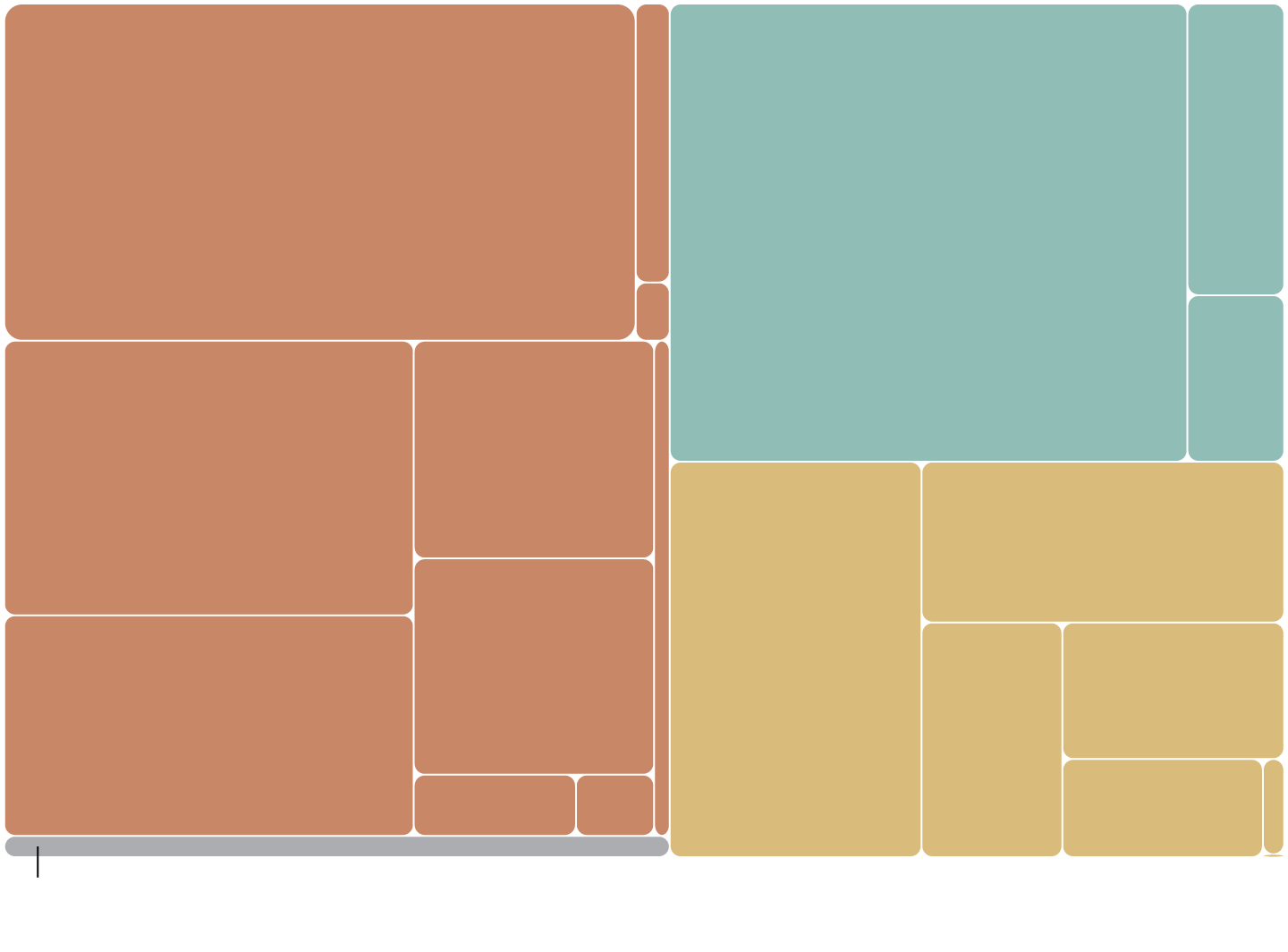 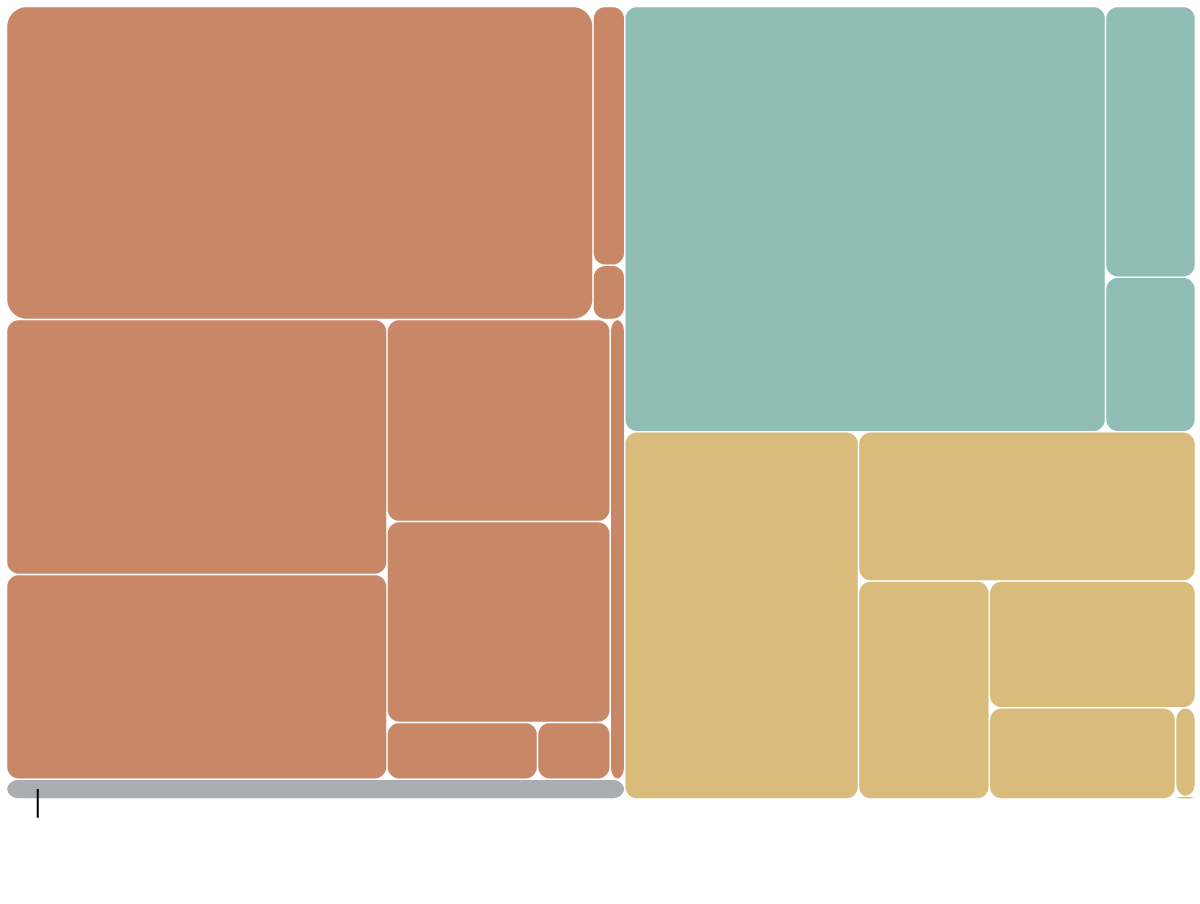 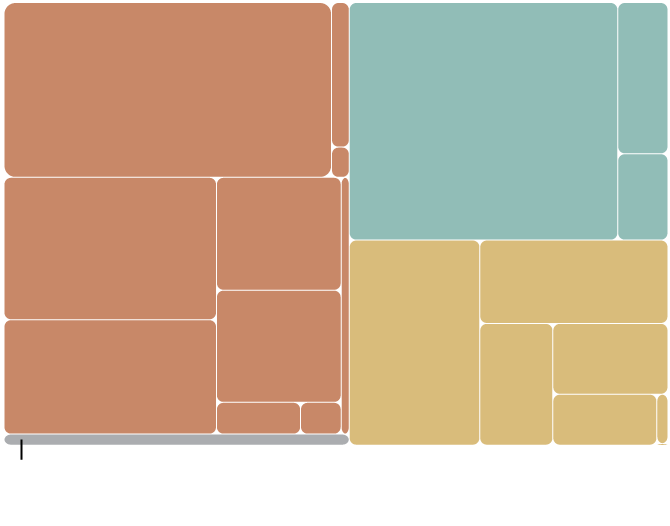 The money includes weapons, military supplies and one of the largest infusions of US foreign aid in the last decade. But it also covers the deployment of US troops to Europe and money for domestic agencies to enforce sanctions.

Here is a breakdown of where the money will go: 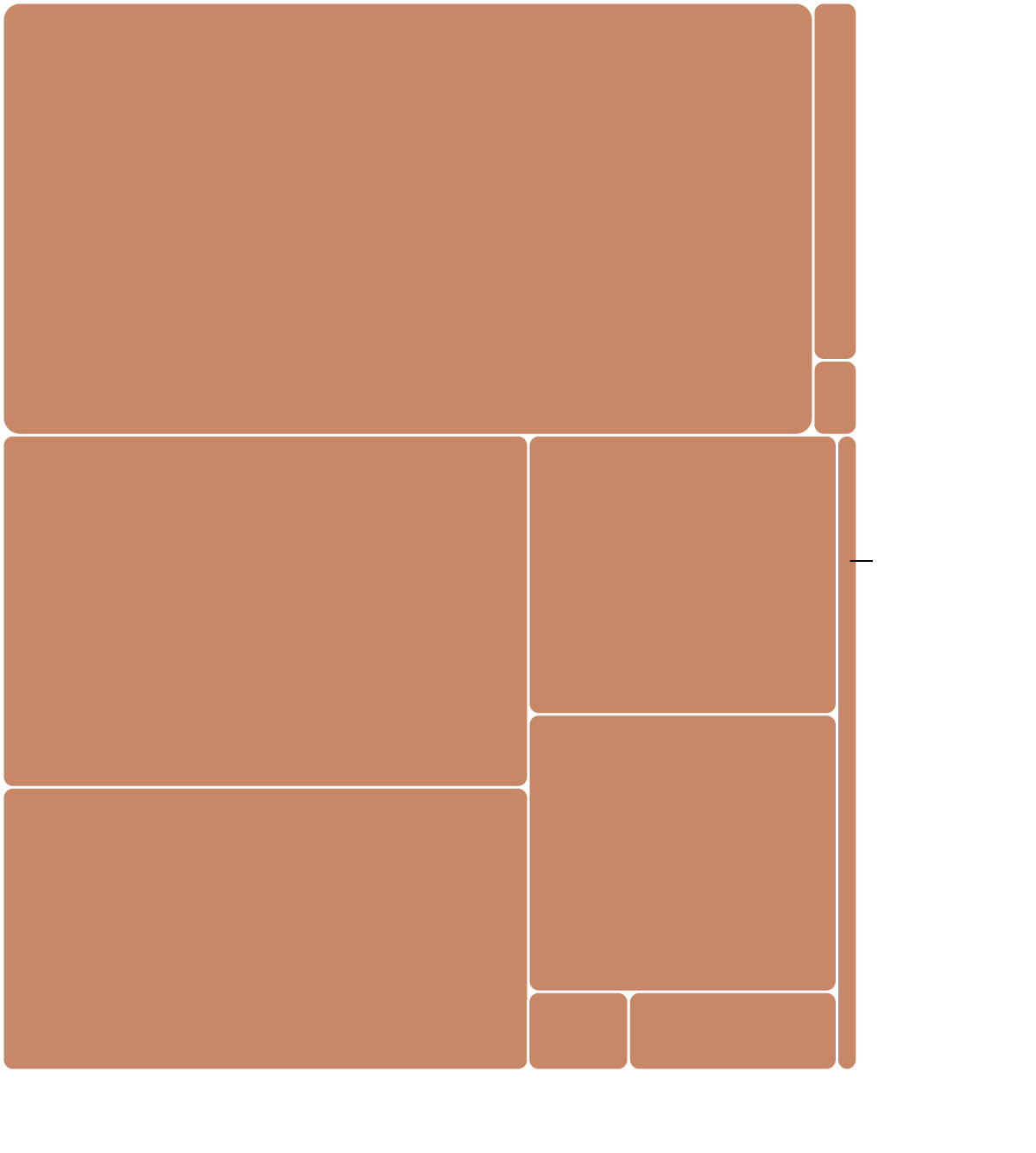 Grants and loans for

Assistance for Europe, Eurasia and 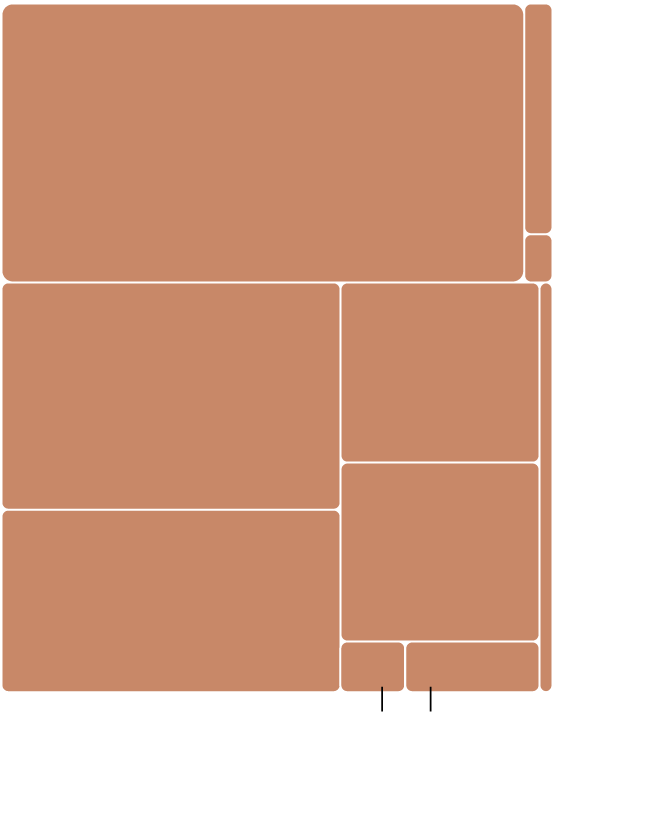 The bill allocates $6.9 billion through traditional foreign aid channels. That includes money to strengthen the security and economy of Ukraine, and to provide food, health care and urgent support to both Ukrainians living in the country and those who fled. It also includes financial support for weapon purchases.

US Foreign Aid to Ukraine

The $6.9 billion in traditional foreign aid Congress allocated for Ukraine last week is 10 times more than the assistance the country was given in the 2020 fiscal year.

The new bill may include some funding not covered in the historical data, which is adjusted to 2020 dollars. Data not available for fiscal year 2021.

In the 2020 fiscal year, Ukraine received 6 percent of total US foreign assistance tracked in the agency’s data, making it the 17th-largest recipient. It received almost 60 times as much as its neighbor Belarus, but only a sixth of the money that went to Afghanistan, the highest recipient of American aid that year.

This portion of the newly authorized package will cover a wide variety of programs, including:

$2.65 billion to provide food assistance and health care to Ukrainians and neighboring countries affected by the war.

$1.4 billion for humanitarian support and resettlement of Ukrainian refugees. Around 3.2 million people have fled Ukraine since the invasion, according to the United Nations Refugee Agency.

$650 million for a financing program to provide additional military support for Ukraine and other countries affected by the war. The program largely provides loans and grants to purchase US weapons, equipment and training.

$647 million to the Economic Support Fund that provides direct financial support and other economic assistance to Ukraine and other countries affected by the invasion.

$125 million for diplomatic programs to help maintain US citizen services in the area; invest in cybersecurity; enhance the State Department’s capacity to identify the assets of Russian and other oligarchs; and coordinate with the Treasury Department in seizing or freezing those assets.

$120 million to counter disinformation and Russian propaganda, and to support independent media and activists.

$100 million for Food for Peace grants to support commodity donations of food assistance to Ukraine and Ukrainian refugees.

$30 million to continue integrating Ukraine’s electricity grid into Europe’s. In late February, Ukraine started a 72-hour test to unhook its power grid from those of Belarus and Russia. During the trial, Russia invaded. Ukraine’s electric grid had been operating in isolation until Wednesday, when the European Commission for Energy announced that technical experts had successfully connected it to Europe’s.

$25 million for operations at USAID, the agency leading the US humanitarian response in Ukraine. 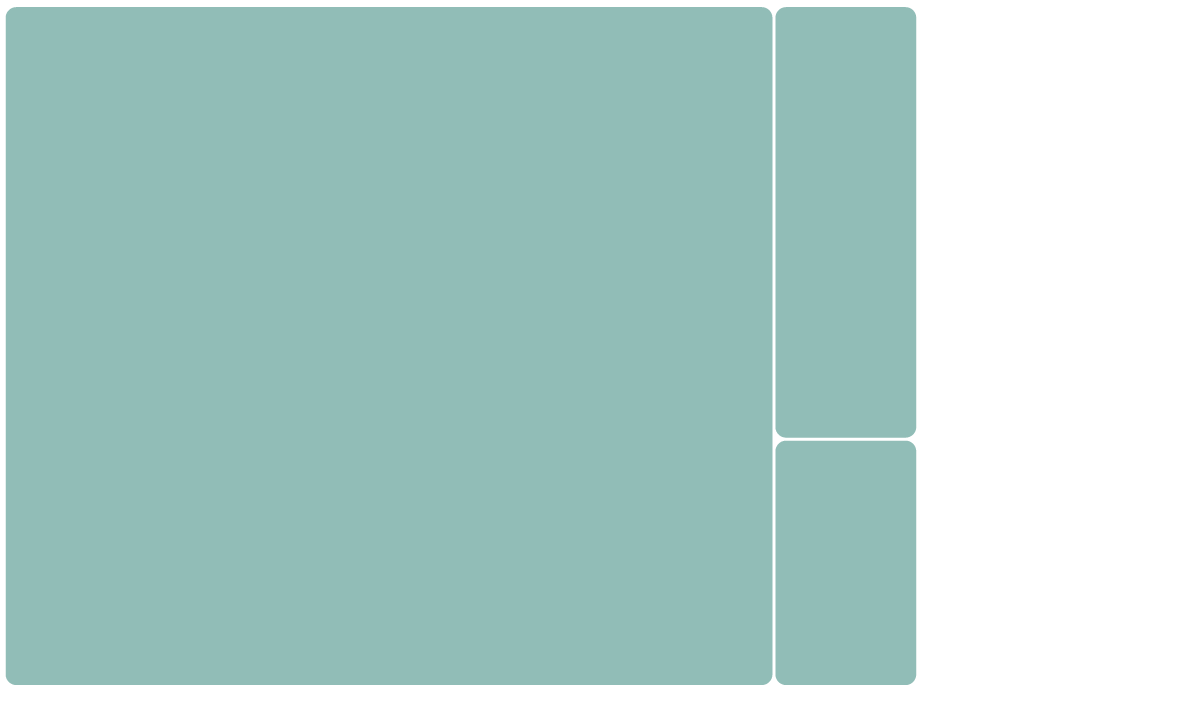 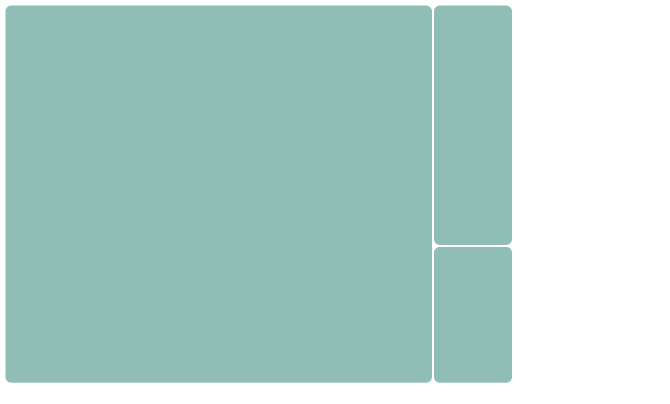 Another $3.5 billion will be used to replace military supplies the Biden administration already sent to Ukraine this year, and to keep dispatching additional shipments.

In times of “unforeseen emergency,” the president can authorize the transfer of US-owned weapons, ammunition and defense supplies without congressional approval.

The $3.5 billion includes $550 million to replace supplies President Biden authorized sending in February and the first week of March. Those so-called “drawdown” packages included “Javelins and other anti-armor systems, small arms, various calibers of ammunition, and other essential nonlethal equipment,” according to a Congressional Research Service report published this week.

The bill also allows Mr. Biden to keep sending more supplies. On Wednesday, shortly after Ukraine’s president, Volodymyr Zelensky, delivered a virtual address to Congress, Mr. Biden announced a third package, worth $800 million, that will be replaced using funds approved in this bill.

3. US Deployments and Intelligence Programs 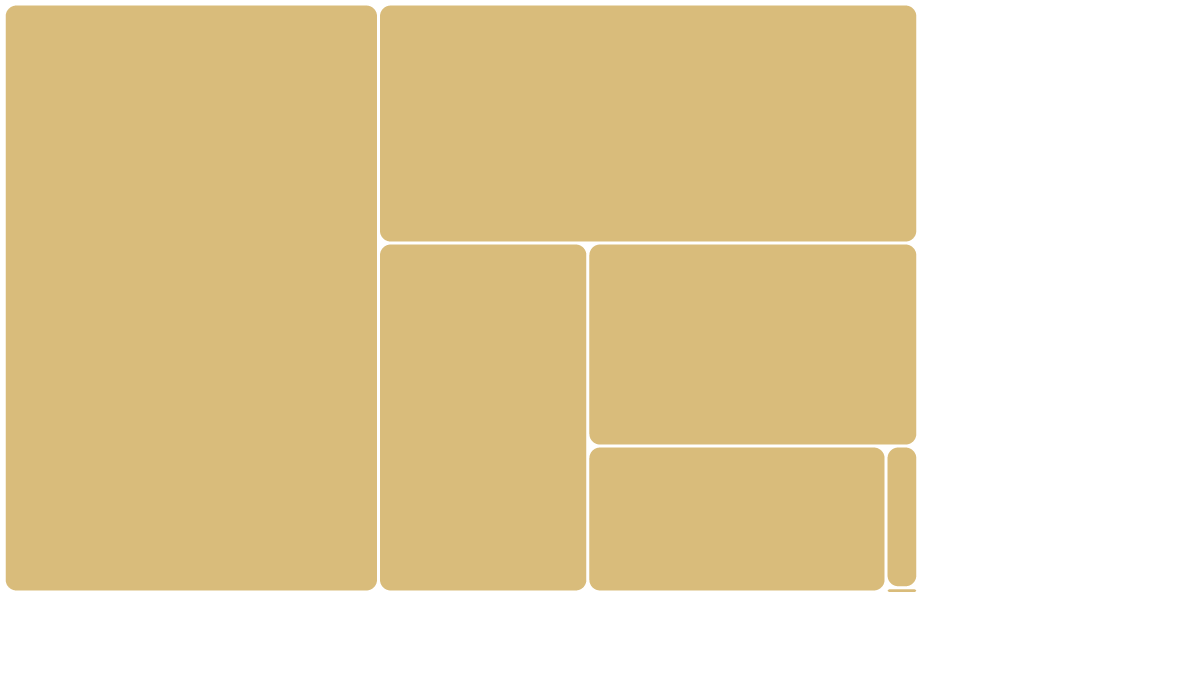 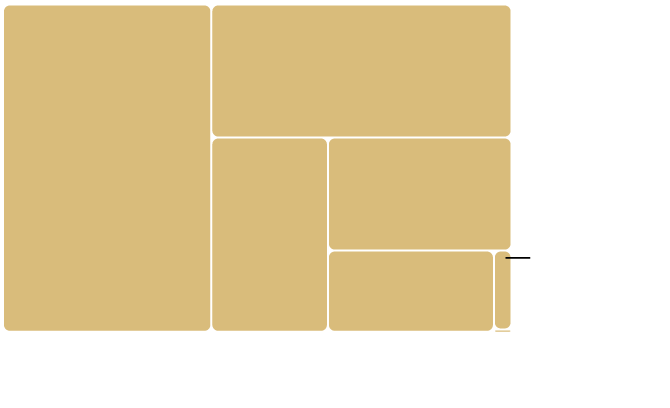 The US also allocated $3 billion to help pay for the deployment of its own military units to allied countries in Europe.

The funding will be used to transport personnel and equipment, pay deployed troops and provide medical and intelligence support in the region.

4. Enforcing Sanctions and Other Aid

Finally, Congress allocated more than $175.5 million to enforce the sanctions and export control measures imposed by the US to isolate Russia’s economy from the international financial system.

The newly authorized package will fund the following programs:

$43.6 million to the FBI to investigate cyber threats, perform counterintelligence, monitor cryptocurrency activities and establish an additional team to focus on violations of Russian sanctions.

$25 million for the Treasury Department to target sanctions and analyze Russian economic vulnerabilities.

$22.1 million to analyze Russian economic and trade vulnerabilities and the effect possible retaliations may have on the US supply chain. Part of the money will also be used to enhance American technological infrastructure and information-sharing platforms with allies.

$9.7 million for the Department of Justice’s Ukraine task force to address cybercrime threats and ransomware cases.

$4 million for oversight of emergency funds and operations of USAID

$4 million for oversight of emergency funds and operations of the State Department.

$1.1 million for the National Security Division to support the Department of Justice task force working on export control, sanctions and cyber cases related to the conflict.