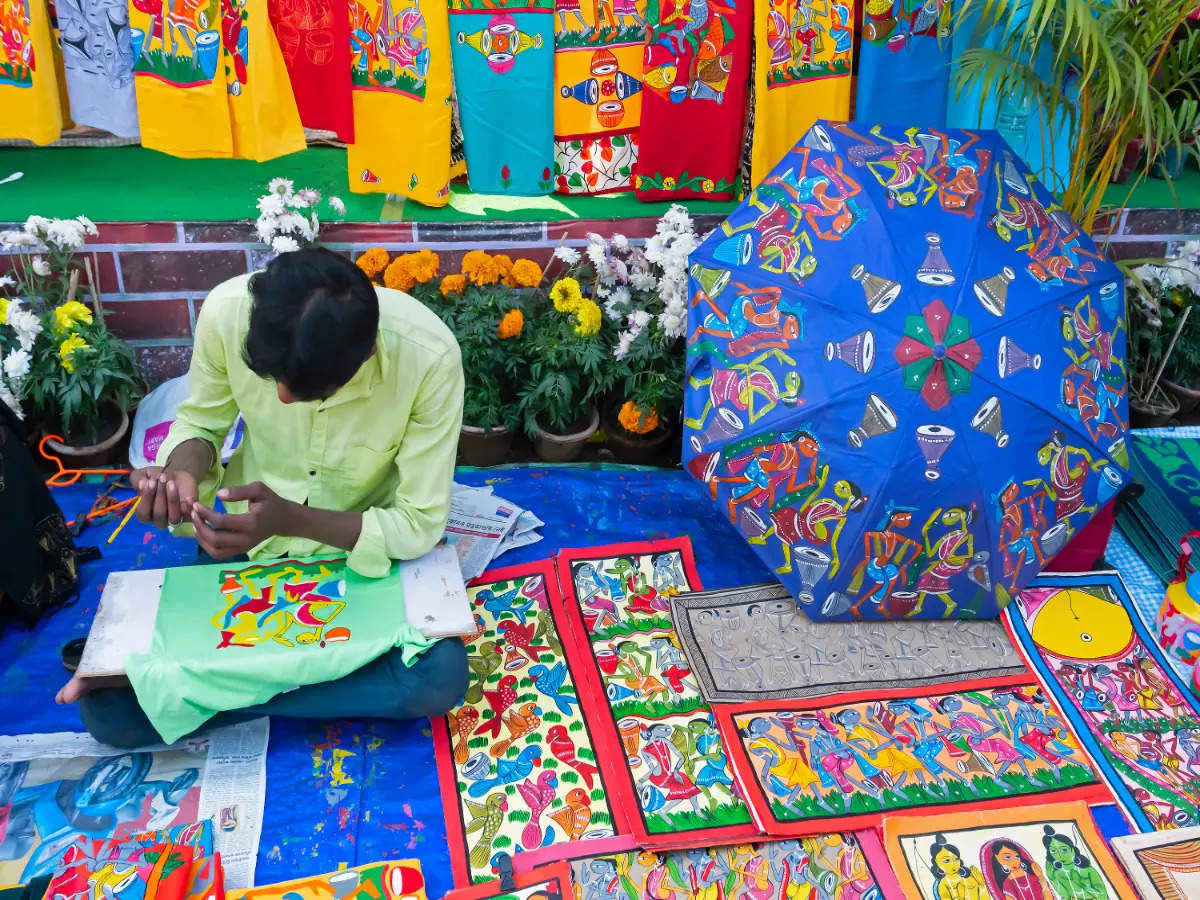 They are intricate, unique, have earthy tones, and are passed on from generation to generation. Indian folk art depicts the story of how our society looked like in the past, many factors—natural, socio-economic and cultural—that influenced the society. Not something that gets widely discussed, Indian folk art, in our present-day scenario, faces the threat of getting lost for good.

To preserve the folk art and its essence is to preserve the rich Indian culture and heritage. Without timely care and caution, they stand the risk of disappearing along with the small number of people and communities that are still practicing the art. 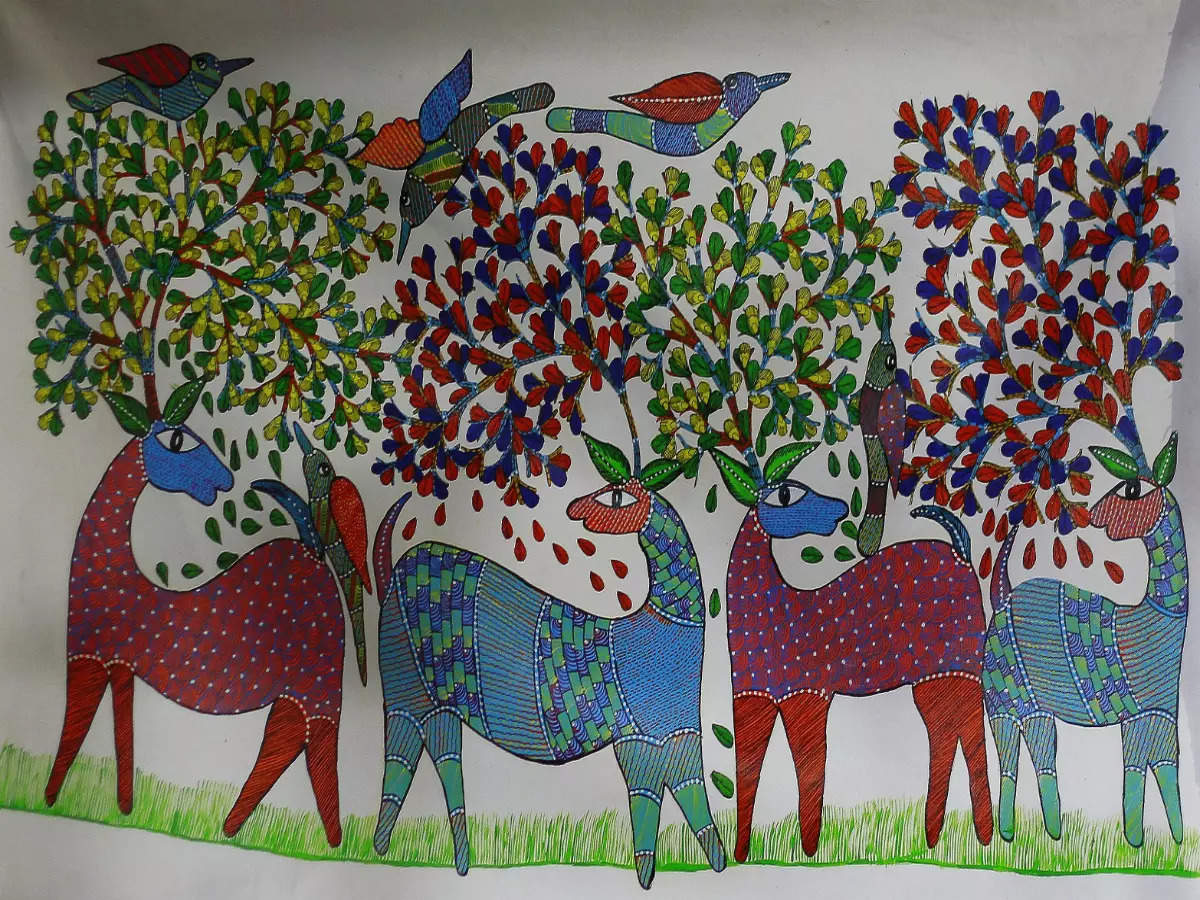 Art and rural tourism are still not very popular among Indian tourists. Not saying that there is a zero presence, but the presence is less than desired. The concept of traveling for art and experiencing the rural tribal culture is very new to India. A very small population of Indian travelers dare to embark on a journey to offbeat places, to nondescript towns and villages no one has ever heard of, where they get down to the grassroot level, interact with the communities and find out that there lies a world of culture and tradition passed down from generations. And from these few travellers, we get to hear about these unique art forms.


For instance, the Warli art form that comes from the tribes of Warli, Malkhar Kholi, Kokana, Dhodi and Kathodi of Thane and Nasik region, Maharashtra, is one of the most popular folk art forms we have in India. Through the geometric Warli art, we get to see scenes from the tribal life, their festivals and social events. It’s like traveling through art. 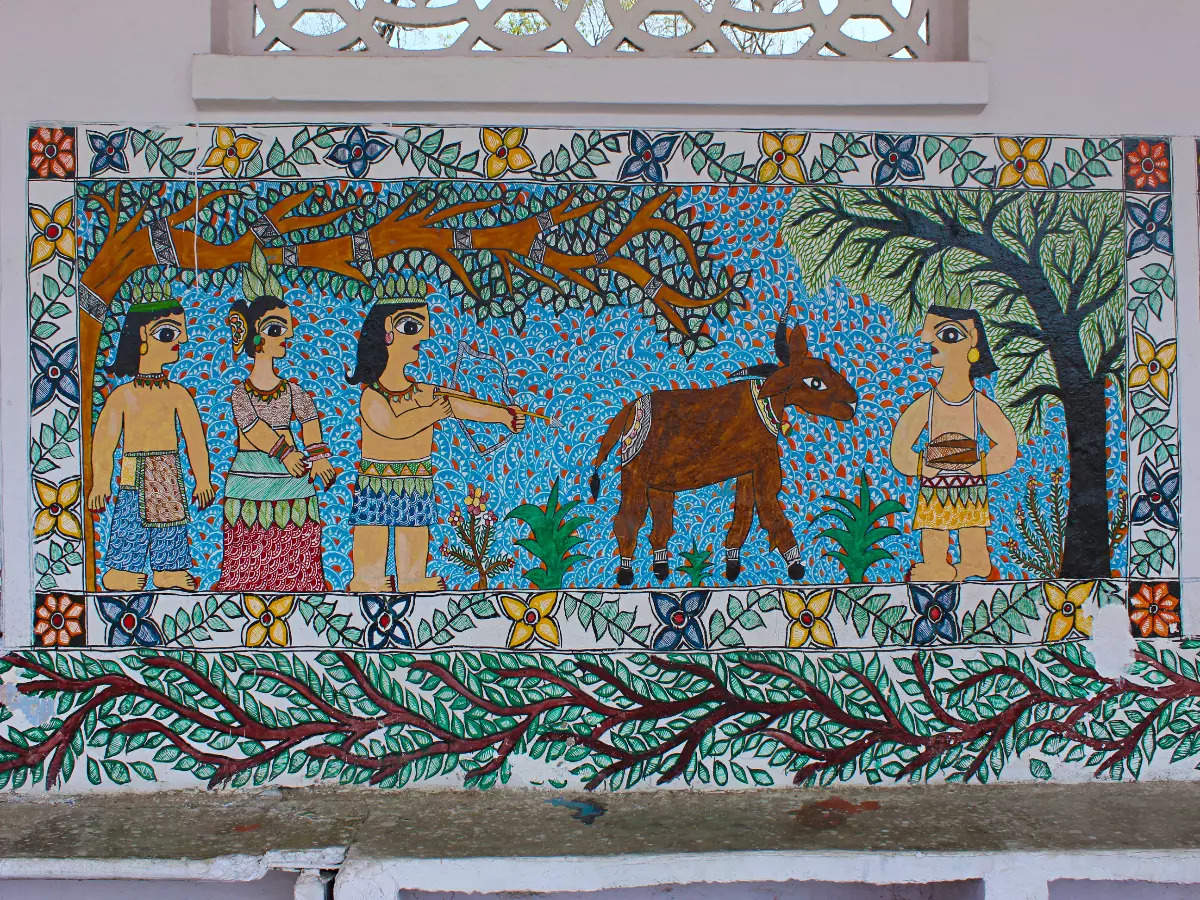 the
Madhubani art form from Bihar and parts of Nepal is mainly practiced by the women folk. These paintings are chapters from the Ramayana and Mahabharata, made on traditional handmade paper or cloth. Another great example of art influenced by social and religious beliefs.

Similarly, the
Rajasthani Miniature Painting is an art form from Mewar, Kotah, Bundi, Jaipur and Kishangarh in Rajasthan. These miniature paintings depict the life of the Rajasthani royals, and are made on various mediums like leather, paper, marble, wood, ivory and floors.

One can clearly tell the inspiration behind these paintings. 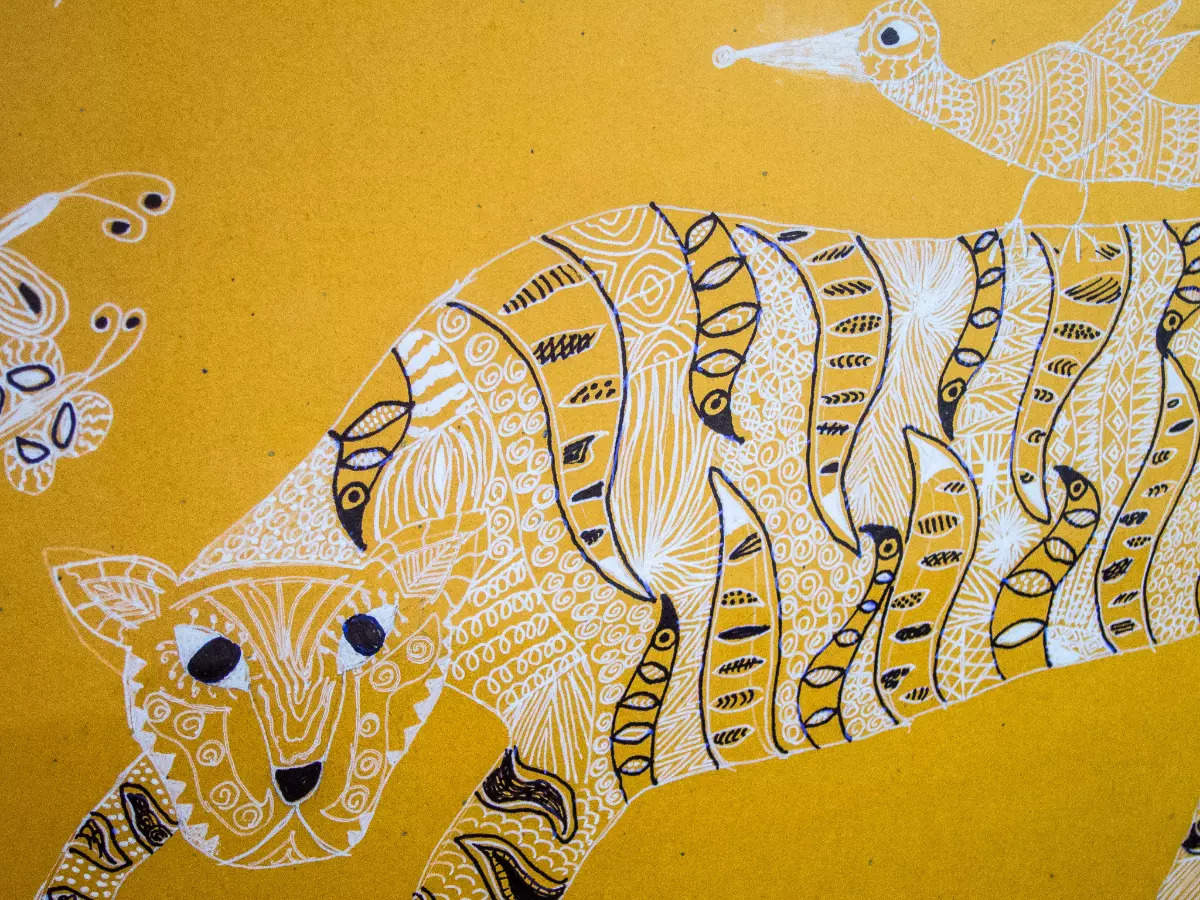 God Art, on the other hand, takes its inspiration from the rustic life of the Gond tribes of central India. Gond and Baiga tribes practice this art form. The Gond tribe comes from the Indian states of Madhya Pradesh, Odisha, Bihar, Maharashtra, Telangana and Andhra Pradesh. The life and culture of the Gond tribe is depicted in these art forms. Most of their artwork shows people performing daily duties, livestock and nature. On your next visit to Kanha, visit the Tribal Museum run by The Corbett Foundation (TCF). The museum has documented important aspects of Gond and Baiga life in the form of art, crafts and agricultural tools.

Moving to the eastern part of India, we have
Chitra Paw from the states of Odisha and West Bengal. The vibrant colors on these paintings are such a joy to look at. The Pata Chitra art form is fascinating; the concept is one of a kind. Centuries ago, traveling singers used to travel from one place to the other, Pata Chitra art was developed around the same time and circumstances.

One from the state of Karnataka—the
Chittara Art. Practiced by the Deewaru community of Shimoga, Karnataka, the Chittara art is a beauty to behold. Made on the red mud walls using rice paste and white mud for white colour, the artist uses brush made with grass and other natural fibers to make these paintings on the walls, doors, windows and floors. And coming from Andhra Pradesh is the
Kalamkari Art. The artist fashions a special bamboo pen for this art from. Kalamkari originated from Sri Kalahasti and Masulipatnam. 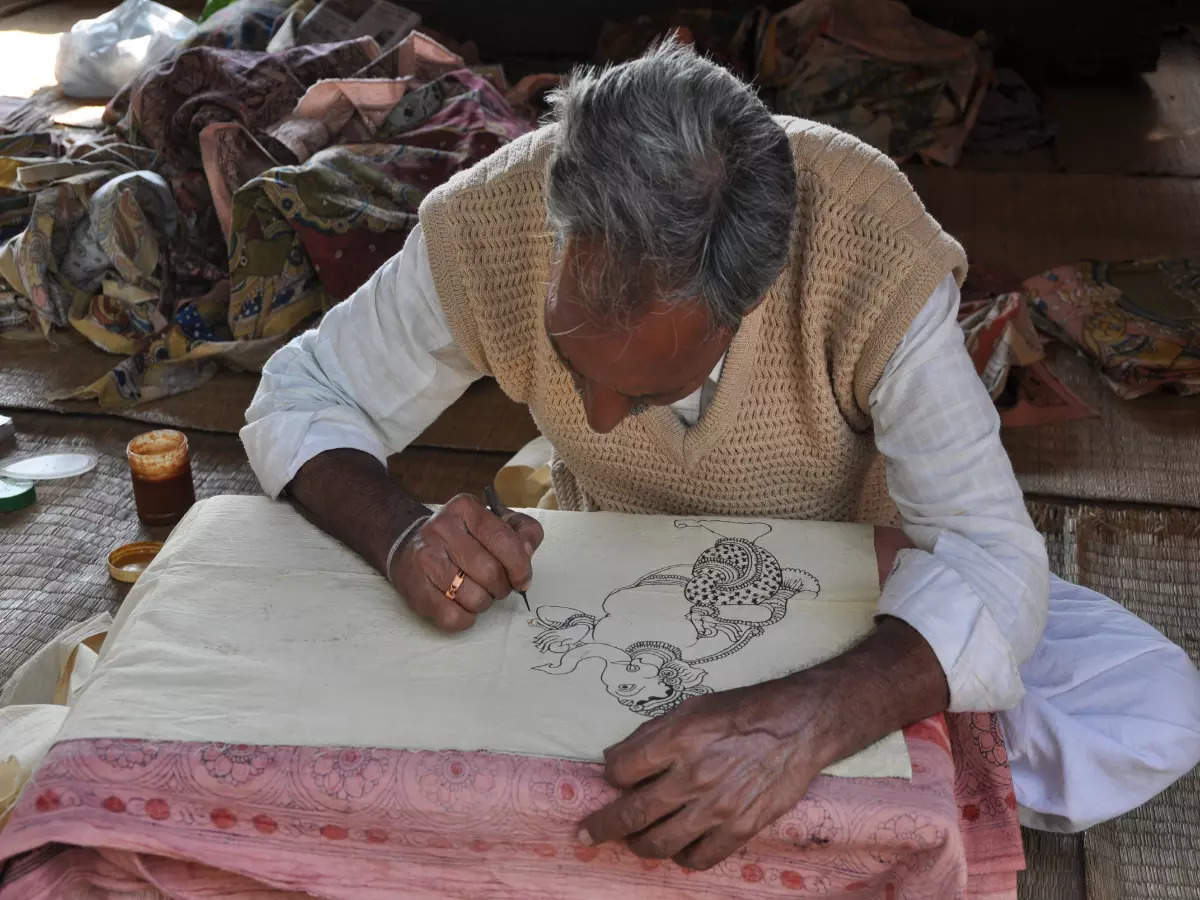 Like these folk art, there are many others we know very little about. These folk and tribal art are practiced by particular communities from different parts of the country. It is possible to make copies of these, but then it will not be the same. These art forms hold such deep cultural and social influences, each work of art tells a story from history or the present. Wouldn’t it be such a fun thing to do to travel to these parts of the country and to see these art in the making?