Gen Z are killing off traditional British foods! Favorites including pork pies, kedgeree and black pudding are at risk of dying out because young people have NEVER even tried them

By Siofra Brennan For Mailonline

Traditional British foods such as jellied eels, black pudding, ploughman’s lunches and even pork pies could die out within a generation because British 18-30 year olds have never even tried them, according to research.

Traditional British dishes that have fallen out of favour, as younger people embrace world cuisine and healthier food options a survey suggests.

Old-fashioned favorites which are losing favor with modern Britons, include Welsh rarebit, liver and onions, and pie and mash with liquor, with more than a third of people admitting they’ve never tried them.

Jellied eels came out as the most unfamiliar to Gen Z, with almost two thirds of youngsters having never tried the classic dish, originating from the East End of London in the 18th Century.

Kedgeree, the Anglo-Indian concoction that emerged during the time of colonialism, made with rice, egg and haddock came second on the list, with half admitting they’d never eaten it. 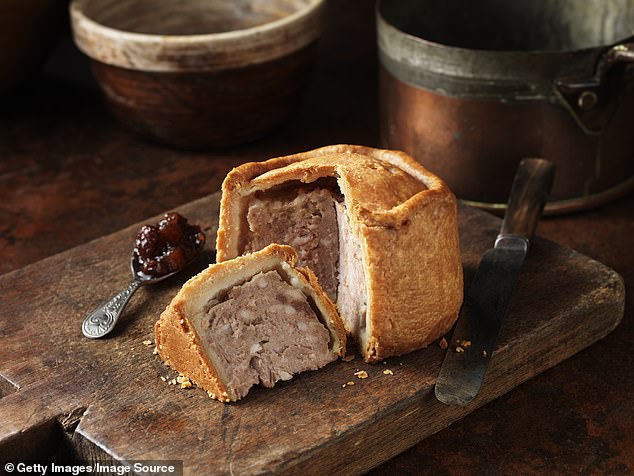 Traditional British foods such as pork pies could die out within a generation because British 18-30 year olds have never even tried them, according to research (stock image) 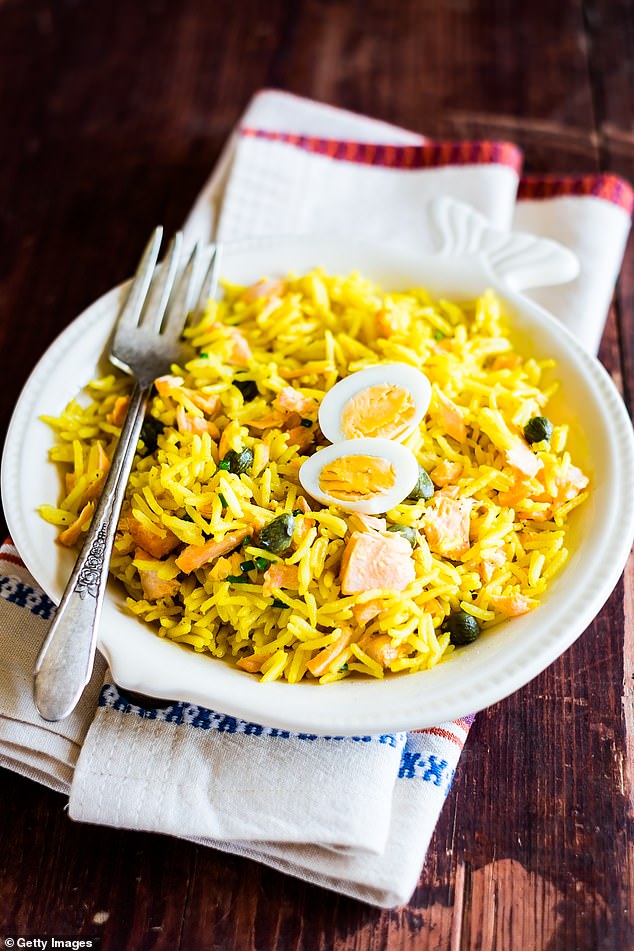 Kedgeree, the Anglo-Indian concoction that emerged during the time of colonialism, made with rice, egg and haddock came second on the list, with half admitting they’d never eaten it (stock image)

This was followed by the Scottish specialty haggis, with almost half of respondents claiming never to have eaten it, despite it remaining a firm staple in Scotland and in the rest of the UK on Burns Night celebrations.

Also set to be consigned to culinary history was bubble and squeak and gammon with a pineapple ring with a quarter never eating either dish.

The study found other traditional mealtime favorites falling by the wayside include black pudding, while three in 10 have never tried Saveloy sausage and chips and 30 per cent hadn’t had a Lancashire hotpot.

Overall, 46 per cent of the 18 to 29-year-olds polled admit that these dishes sound stuffy and old fashioned.

More than a third of those surveyed boasted that they have much more sophisticated tastes in food than their parents ever did.

In fact, the research indicates that Britons today are more likely to be eating Asian cuisine than British, with more than two thirds saying they love sushi or sashimi and three in ten confessing they eat Japanese cuisine as much as possible.

Ian Roberts from Sushi Daily, which conducted the research of 1,500 Brits, said: ‘Old, unhealthy, stodgy dishes are being replaced with more modern, healthier options including sushi and sashimi.

‘This trend is reflected in the increasing popularity of our dishes at more than 100 Waitrose and Asda stores across the UK.’

The research also shed light on the reasons behind certain British meals going out of fashion, with Britons admitting they’re turned off by food which is too stodgy, plain unhealthy or too high in fat.

The research indicates that among the nation’s favorite dinners are tacos, burritos, beef chow mein and spicy chicken madras.