Mayukh Sen’s ‘Taste Makers: Seven Immigrant Women Who Revolutionized Food In America’ traces Julie’s journey, and that of six other women who made a mark on the American culinary scene

Mayukh Sen’s ‘Taste Makers: Seven Immigrant Women Who Revolutionized Food In America’ traces Julie’s journey, and that of six other women who made a mark on the American culinary scene

Julie Sahni is something of an anomaly in this age of celebrity. She is famous, but few know her in India, her land of birth. She was born Deepalakshmi Ranganathan Iyer, on the night of Diwali, in October 1945. A convent-educated aunt gave her the French nickname Jolie, which morphed into Julie. Through her work, Julie has advanced Indian cuisine in the US for nearly five decades.

In his recent book,
Taste Makers: SevenimmigrantWomen Who Revolutionized Food In America award-winning writer Mayukh Sen traces Julie’s journey, and that of six other women who made a mark on the American culinary scene. 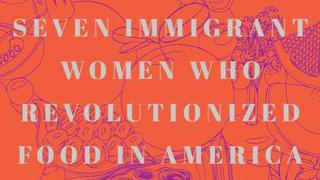 In the 1970s, Julie worked for the City Planning Commission in New York by day, and taught Indian cooking in her Brooklyn apartment by night. as early as 1974,
New York Times ran his first profile of this Indian cooking instructor. After that, her classes got fully booked, months in advance.

Back then, Julie had to first introduce her students to the fact that Indian cuisine had a diverse and breathtaking array of dishes, beyond the generic curry they were familiar with. She had to take care never to drown them in too much information — she welcomed them into this new universe softly, Sen writes.

Besides the cooking classes, there was much else happening in Julie’s life in that decade. A trained architect and Bharatanatyam dancer, Julie had earned her graduate degree in urban planning from Columbia University. She went on to head the task force which laid down regulations for sidewalk cafes in New York City. She also became a mother.

In 1980, she published her first cookbook,
Classic Indian Cooking , which unlike most Indian cookbooks of that time, had no personal anecdotes. Food critics hailed the detailed and thorough book, but at cooking demonstrations in malls and department stores, Julie sensed that the public was unenthusiastic about Indian food. As if this was not demoralizing enough, her marriage to her fell apart during the book tours. 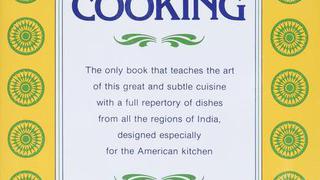 Julie Sahni’s ‘Classic Indian Cooking’ was praised by food critics for its detailed and thorough instructions.

As it happens, it was her physicist husband, Viraht Sahni, who had set Julie on this path to a culinary career. When they immigrated to the US, Viraht had wanted to eat anything but Indian food at home, Sen writes. So, Julie had signed up for Chinese cooking classes where both the instructors, and fellow students, would often pepper her with questions about Indian food. Impressed by her answers from her, they said she should teach a cooking class herself.

After her divorce, Julie quit her job and became a freelance food writer. She continued to teach cooking, which is how she came to meet the colorful, ambitious Shamsher Wadud, a young native of Bangladesh, who saw himself as the man who would introduce New York to fine Indian dining.

Wadud had signed up as a student for Julie’s class. I have invited her to dine at Nirvana, a high-end restaurant in Central Park South. She found the food wanting though the décor and the views were gorgeous and said so. Wadud revealed he was the founder of Nirvana and asked Julie if she would work with him to improve the quality of the fare.

That is how Julie became the first Indian woman to serve as executive chef at a fine dining restaurant in the Big Apple in 1983 — a distinction that went unheralded. Wadud’s nightclub, Nirvana Club One, came next. Though Wadud had “well-documented run-ins with the law and the mafia,” Sen writes, Julie’s food de ella always garnered excellent reviews at both high-profile venues. 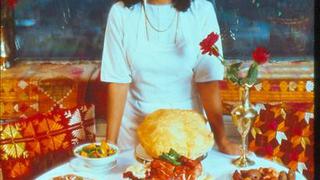 Three years later, Julie stepped down from the chef job, her reputation untarnished, and devoted herself completely to teaching and writing cookbooks. The International Association of Culinary Professionals would go on to name Julie one of the three best cooking teachers in the world. Her of her first cookbook of her,
Classic Indian Cooking joined the list of ‘Twenty Essential Books to Build Your Culinary Library’.

Julie still influences how Indian food is cooked, and eaten, in the food capital of America. “Using a fork is unthinkable in traditional Indian eating,” she said in an
NYT interview. “It is almost like a weapon.” Even in the most formal South Asian restaurants of New York, she prefers to eat with her hands de ella and encourages her students to do the same.

“There is no mystical secret behind Indian cooking,” she had written in the opening pages of
Classic Indian Cooking to coax Americans to cook Indian food. These days, spices and other Indian ingredients are more readily available in the US and home cooks are more adventurous. So, the pioneer is happily working on getting her audience to now appreciate the finer points of her homeland’s cuisine.

The writer is a Boston-based science journalist.