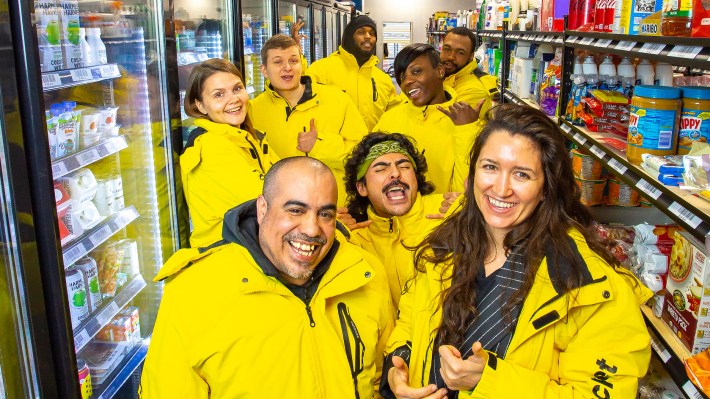 Many grocery delivery startups begin small, in one city, building up locations to cater to a certain neighborhood. Food Rocket has taken an unconventional route, striking a funding deal with Alimentation Couche-Tard Inc. that puts its 15-minute grocery delivery service in more than 14,000 Circle K convenience stores and Couche-Tard locations.

We first met the Chicago-based company and its founder and CEO Vitaly Alexandrov last year when we reported that Food Rocket launched in the Bay Area, going up against the likes of Amazon Fresh, DoorDash, Instacart and Gopuff, which is no easy feat given each of the company’s footprint.

At the time, the company raised $2 million, and Alexandrov said about the perceived competition, “The level of competition in this market in the US is still manageable, which is why we have the opportunity to become leaders in the sphere of fast delivery of basic products and household goods. We aim to replace brick-and-mortar supermarkets and to change consumers’ current habits in regards to grocery shopping.”

Food Rocket uses AI-enabled technologies to manage warehouse stocks, forecast demand and optimize delivery time by predicting the closest store that offers the fastest delivery time and the lowest costs of putting together and delivering the order.

“We understand the business model is not about delivering just groceries,” Alexandrov told TechCrunch. “We are creating new habits of customers. From day one, we’ve had the idea of ​​eventually converting all of our dark stores to micro fulfillment centers that will have local marketplaces to deliver their items.”

The new $25 million in Series A investment, led by Alimentation Couche-Tard via its Circle K Venture Fund, will enable Food Rocket to deliver in 26 countries and territories, including more than 7,000 US locations. In all, the company has raised $30 million to date.

Discussing the plan for Circle K, Alexandrov revealed that it was a partnership that enabled the company to grow faster and more efficient and be able to reach profitability faster than others. It will also be able to leverage Circle K’s size and scale, consumer insights, marketing expertise, procurement network and supply chain, while Circle K can tap into Food Rocket’s proprietary software for forecasting stock levels and employee workloads.

Alexandrov also said the funding will be invested into expanding its service in both Chicago — to open around 15 stores there — and San Francisco, and into other cities, including Boston, Philadelphia and Los Angeles. Food Rocket plans to create over 2,000 jobs in new areas and continues to be one of the few startups offering full-time employment to all of its riders, he added.

In addition, he plans to launch a dark kitchen aspect of the business that will deliver foods that can be prepared in minutes — think coffee, bagels and pizza, that could still be delivered within 15 minutes. He also wants to take a step further eventually and deliver other items like phones.

The company typically carries around 3,500 products, and since launching in California in 2021, it sees 60% of customers order a second time after their first purchase, while the cart size averages $30 per order. Revenue-wise, Food Rocket has steadily grown about 40% month over month.

“We aim to provide grocery delivery in a different way,” Alexandrov said. “Gopuff is mostly focused on snacks and beverages, but we want ours to be more like perishables, fresh food and ready-to-eat meals, and we want to support local suppliers and brands.”