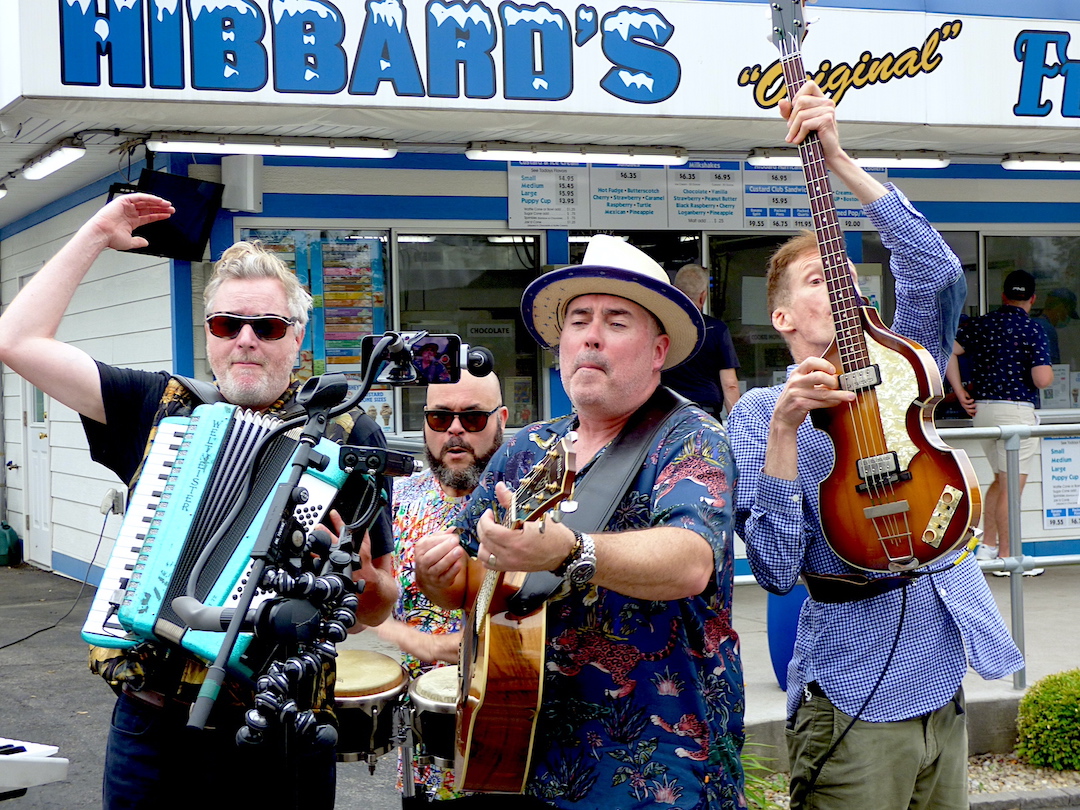 The Barenaked Ladies perform an acoustic version of “The Big Bang Theory Theme” outside of Hibbard’s Original Frozen Custard in Lewiston.

Article and photos by Joshua Maloni

It was three summers ago that Hibbard’s Original Frozen Custard announced a partnership with acclaimed Toronto band The Barenaked Ladies. The end result was “Big Barenaked Bang,” an original recipe made with ground coffee, chocolate coffee beans and semisweet chocolate bits.

Unbeknownst to myriad patrons who’ve enjoyed the sweet treat is that a portion of the sale proceeds go to charity.

On Tuesday, The Barenaked Ladies visited the iconic Lewiston custard stand to perform an acoustic performance of “The Big Bang Theory Theme,” and join in a check presentation with the Home Referral Assistance Team.

The foursome also enjoyed a cone or two.

Lead singer and guitarist Ed Robertson said, “This was always a place we came every time we played at Artpark. We would either walk out here or cycle out here. It was just kind of a fun part of playing this venue. It’s a cool, family-owned business; local institution. When they approached us about doing a flavor, we said if we can donate our proceeds to charity, we’re all in.

“It was just a fun matchup.”

Owner Kris Trunzo reached out to The Barenaked Ladies following one particularly notable concert appearance. In July of 2018 – in front of a sold-out Artpark crowd – BNL ended their famous ballad “If I Had A Million Dollars” with a customized tribute ending, singing, “I’d be rich – rich and creamy like Hibbard’s Custard! ”

When their custard debuted the following summer, Hibbard’s announced the first organization to receive funds would be Buffalo’s Gerard Place. 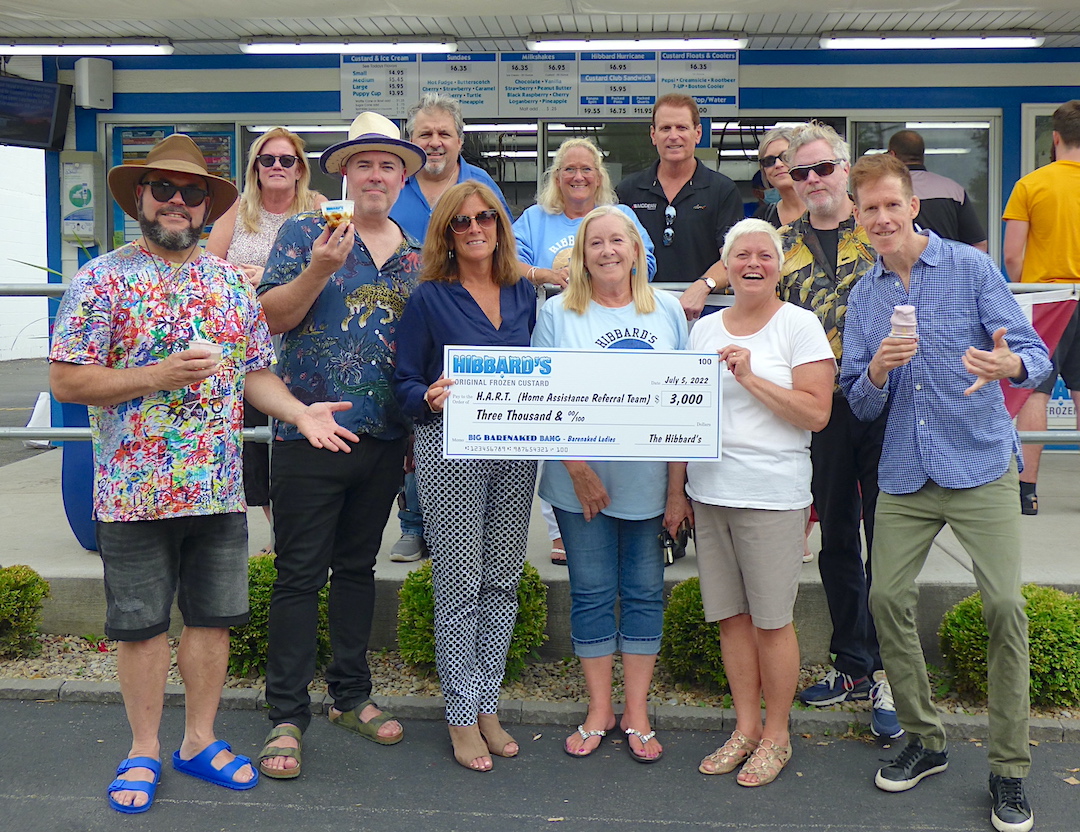 The Barenaked Ladies joined members of the Hibbard family and staff from Hibbard’s Original Frozen Custard in presenting a check to HART.

Trunzo said BNL was excited to team up – and to workshop a new flavor.

“It was their collaboration. They wanted something that was going to wake you up,” she said.

BNL drummer Tyler Stewart deadpanned, “I specifically stated that the only flavor we were interested in is one involving coffee! (Laughs)”

“Yeah, both Ty and I,” Robertson said.

“We were kind of like any time that’s available on an ice cream menu or a custard menu, we always tend to go that way,” Stewart said. “They came up with the nice ‘Big Bang Theory’ tie-in, as well. The ‘Big Barenaked Bang’ is pretty nice.”

Robertson said, “We actually tried several flavors. We were involved in selecting the final recipe. We just wanted it to be very coffee-forward, interesting, bold; and I think what we came up with was delicious and sweet, but also a really strong espresso taste.”

That proceeds go to charity – well, that’s the cherry on top.

“That would be the chocolate-covered espresso bean on top,” Robertson noted.

He added, “Kris was just telling us they’ve raised $8,000 from that flavor, so far, which is awesome.”

HART Executive Director Christine O’Hara and Cheryl Pfohl collected a giant ceremonial check (and an actual donation in the amount of $3,000).

“The purpose of having their flavor was to donate proceeds to charitable organizations,” Trunzo emphasized.

A couple dozen fans came by to watch the unannounced video shoot – and got to shout “Bang!” during the song’s chorus.

BNL brings its “Last Summer on Earth” tour to Artpark tonight. The show was originally scheduled for 2020, and then 2021, but was twice postponed due to the coronavirus.

Opening acts include Toad the Wet Sprocket and the Gin Blossoms. For more information, or for tickets, visit www.artpark.net. 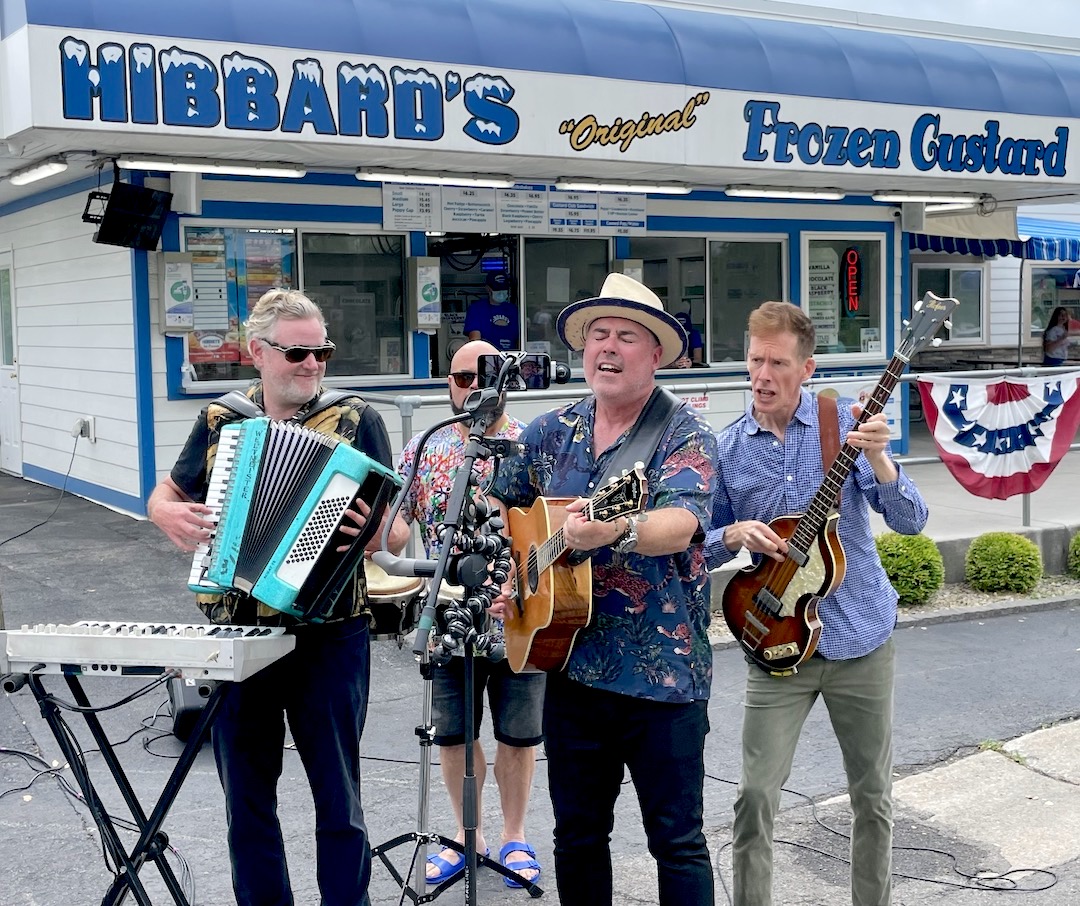 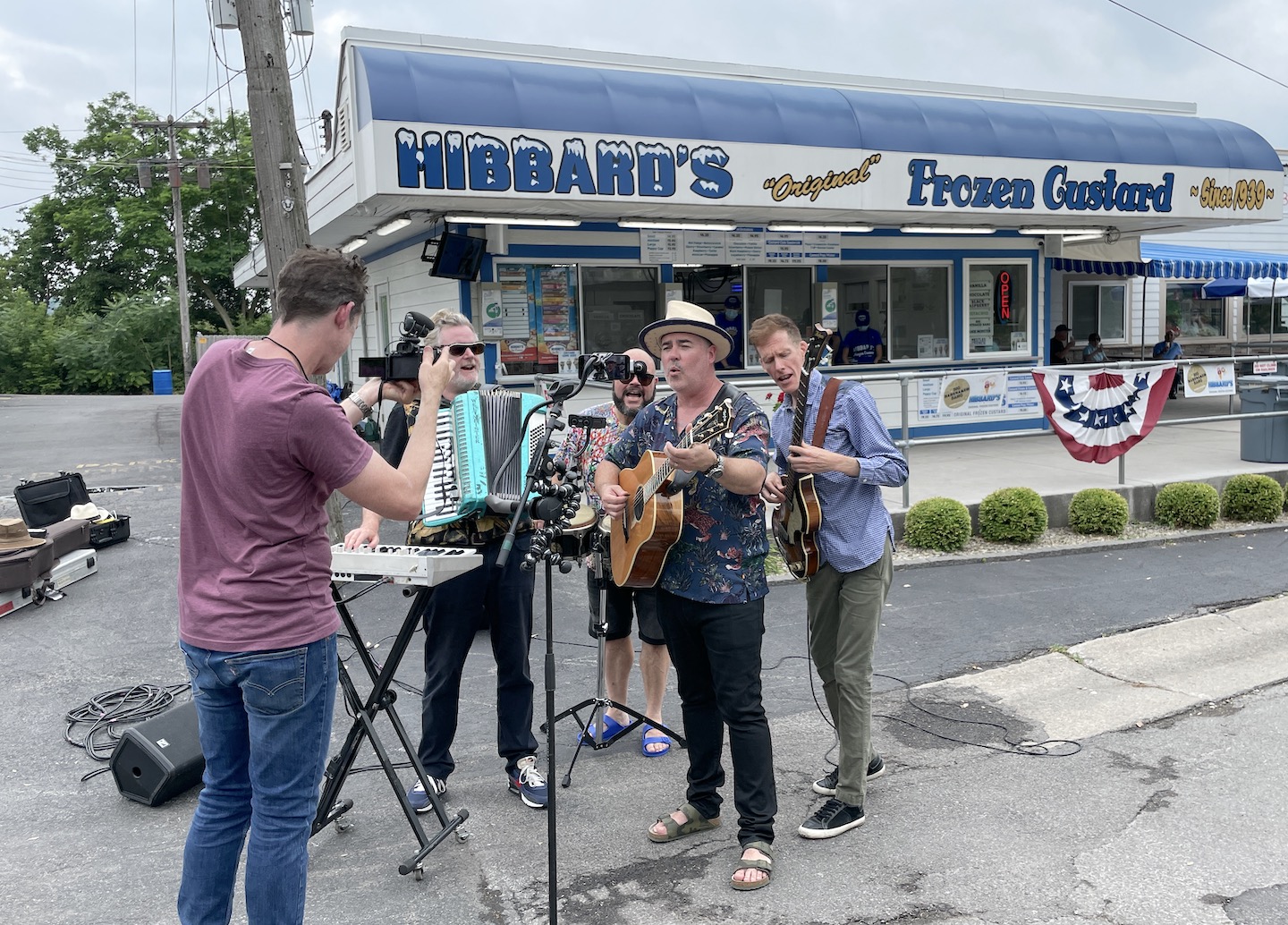 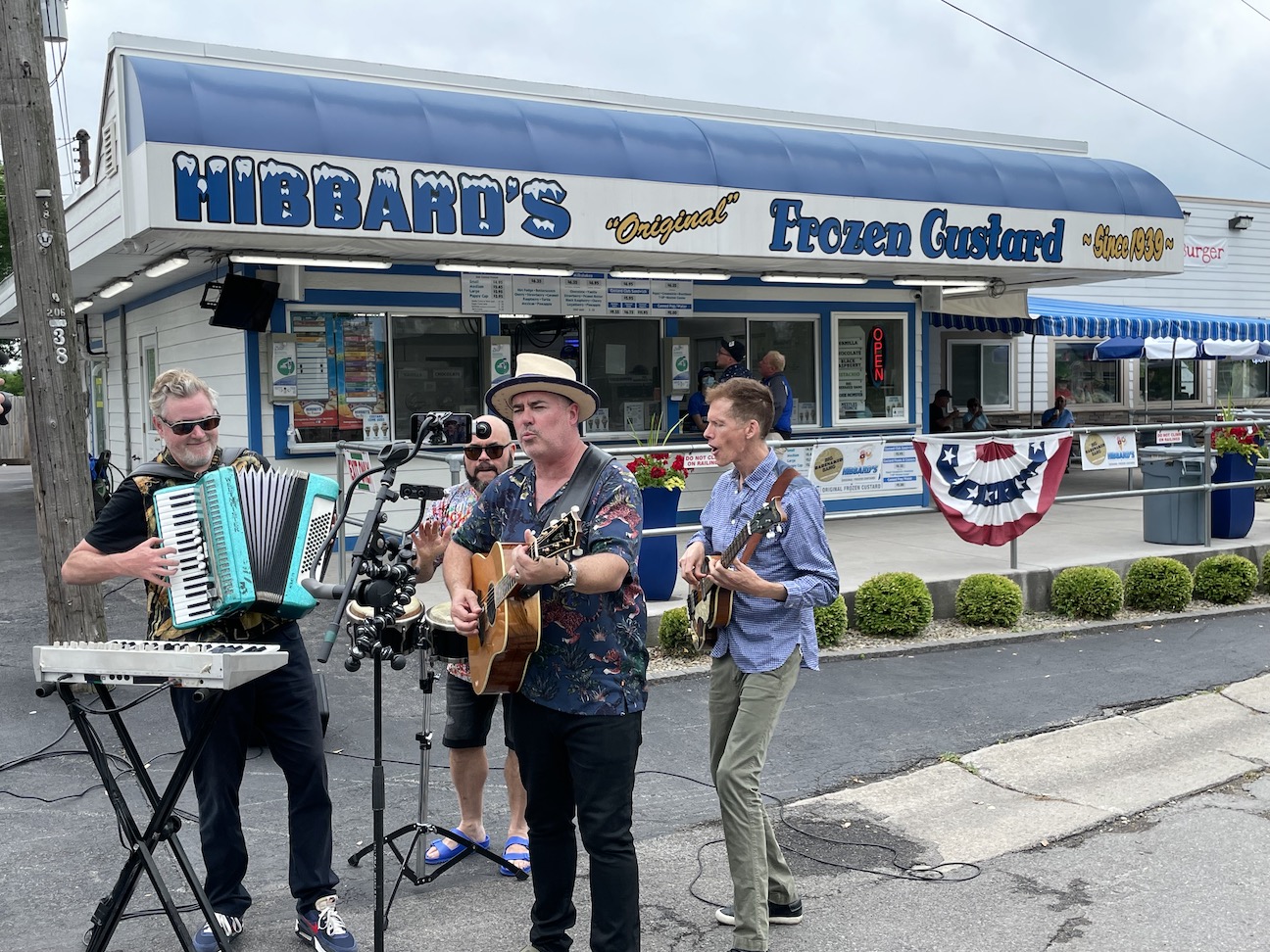 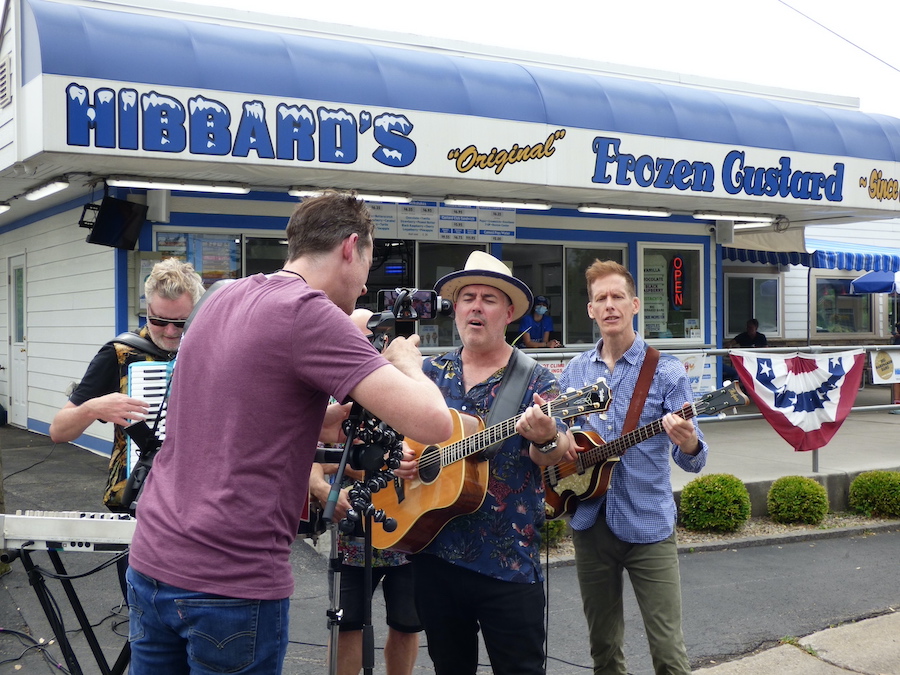 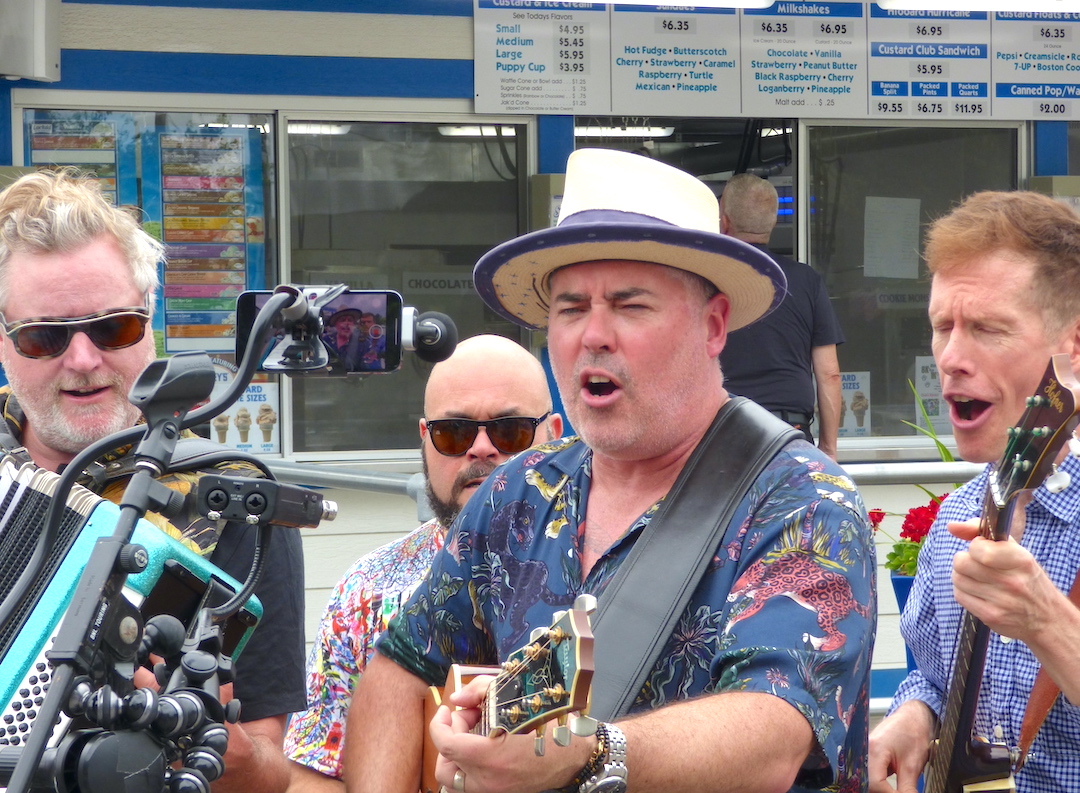 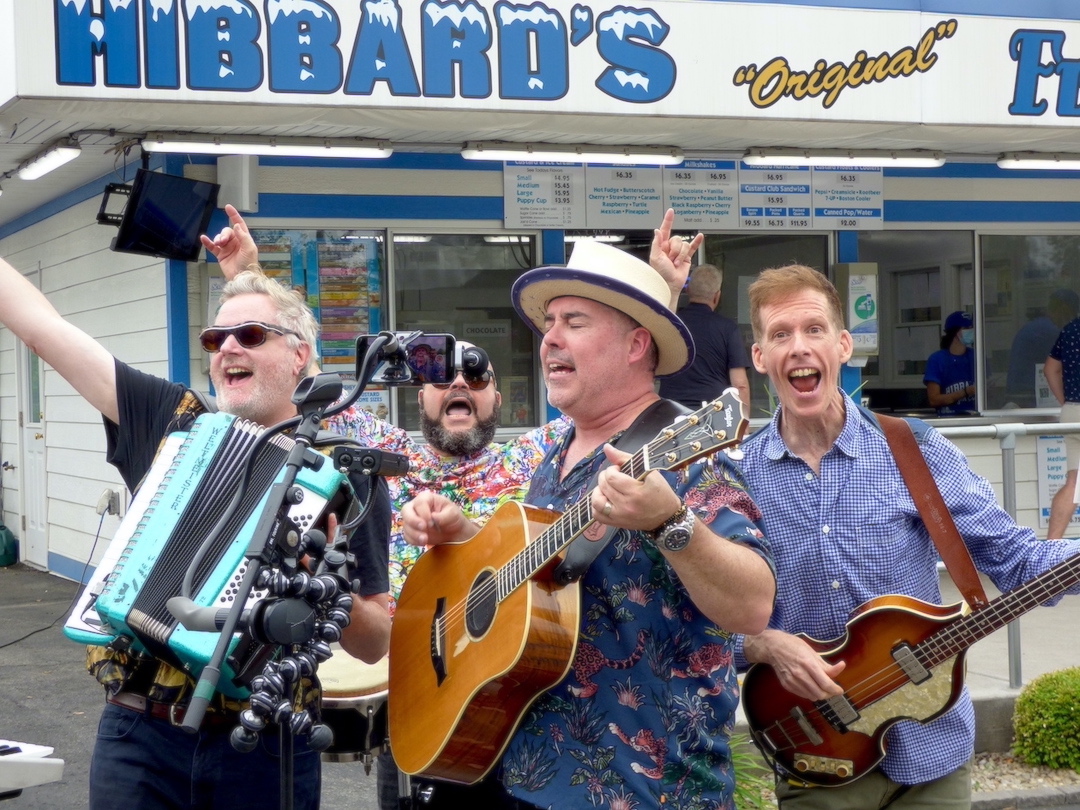 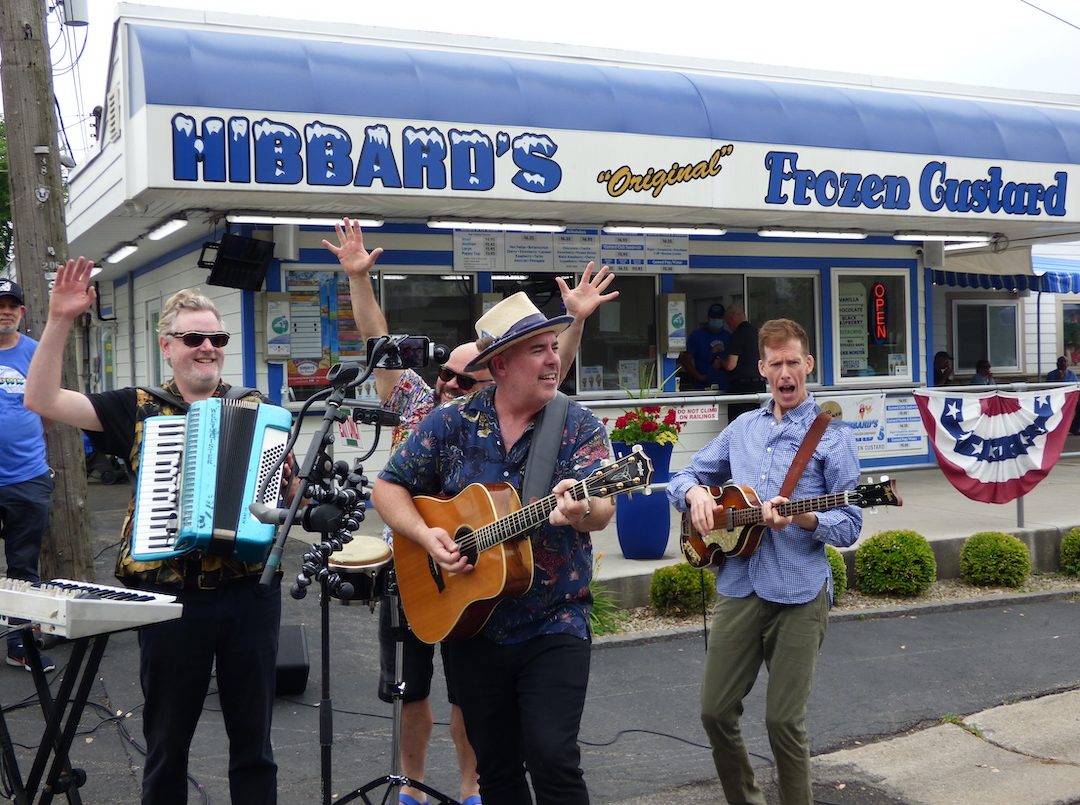 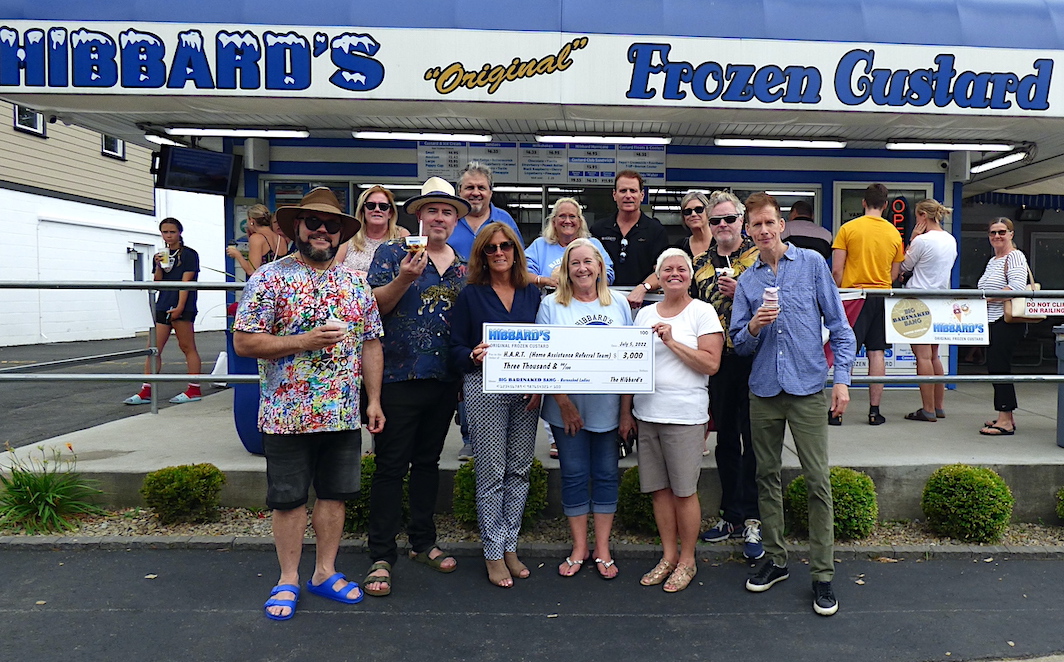