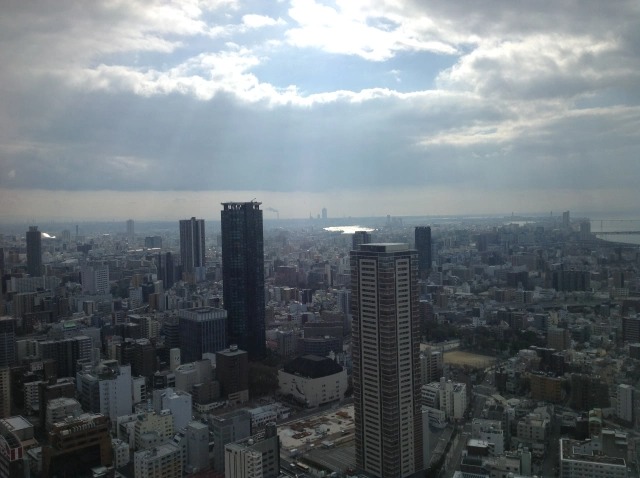 It’s a great place to live, but I wouldn’t want to visit there.

We recently reported on the Global Livability Index, compiled by British media giant The Economist Group, in which Osaka came in 10th and was the only Japanese city to breach the top 10. While this was great news to many, there were few out there who questioned the results, calling Osaka “grimy,” “not having a good reputation,” and “full of murder.”

To all those people, I must first say: How dare you!? And then I must add that having lived in Osaka for over 15 years, I can say that they couldn’t be further from the truth…well, except for that murder thing, but I’ll get to that in a minute.

SW, what makes Osaka such a gosh-darn livable city, anyway? Well, I have lived here quite a while, and as of this writing am still very much not dead. I rest my case.

Still, I can imagine you reading this and thinking, “But I live here in Walla Walla, Washington, and I too am not dead…”

You raise a valid point, so let’s delve a little deeper into what exactly makes Osaka such a great place to live.

Japan frequently makes international news for its natural disasters, such as typhoons, earthquakes, and heavy rains. The country itself is quite a disaster prone, but these events rarely occur in Osaka to any significant degree. In all the years I lived here, there was only one time a typhoon hit that I would call a real typhoon disaster, rather than just above-average wind and rain.

It’s almost as if the place is surrounded by an invisible force field, except that it’s very visible and made of mountains.

Back before Tokyo, before Kyoto, and even before Nara, Osaka was once the capital of Japan and where the Emperor resided. Even back then they knew the mountains that surrounded the area provided excellent defense from both nature and invading forces.

It worked so well that the area prospered and the population grew, so the nobility decided to move to a similarly enclosed but smaller area in Nara and allow Osaka to become a spacious hub of production and commerce, a characteristic that the city still embodies to this day.

Granted, the murder rate is high, but it’s not like there are murderous bands of road warriors out there killing indiscriminately. Statistics often show that unless you’re involved in war or organized crime, you’re more likely to be murdered by someone you know than a stranger, which brings me to my next point.

As I mentioned, Osaka was very much a merchant class area for much of history, and this still shows in the culture today. The number one rule of business is that it’s not what you know but who you know, so it pays to know as many people as you can.

I like to think that’s why people in Osaka are more forward than people in other parts of the country. Normally in big cities people tend to be stand-offish and mind their own business, and that can be seen to some degree here too, but I feel the opposite — total strangers getting involved in other people’s business — is a much more common occurrence here than anywhere else.

Some examples that spring to mind include times that I play Pokémon GO, which involves walking around and finding Pokémon with a map on my smartphone. In doing that I occasionally get stopped out of the blue by people on the street asking if I’m lost and need directions. I then have to explain that I’m not lost, but am merely searching for imaginary monsters.

Other times, I’ll just be stopped by an elderly person who wants to chat for about five minutes about whatever’s on their mind, but usually before they go on their way, they will give me food for no reason at all. I’m not talking about cookies or candies either — though sometimes it is candy — they give me whole meals sometimes, right there on the street and with no strings attached.

Of course, the main reason for this is probably just being nice, but I think this level of intrusive niceness is rather unique to Osaka, because there is a culturally deep-rooted business mindset that connections with people is a currency, whether it’s just karmic or the fact that I will feel indebted to them at some point down the line.

I think this way because the kindness of people in Osaka is equaled only by their blunt shrewdness in matters of business.

Of course, these days the most important factor of livability is being able to afford food and shelter, and Osaka’s got some great deals on both!

It is a big city and has its fair share of expensive homes and condos, but I once rented an apartment that was about a three-minute walk from a major train station and only cost me 27,000 yen a month (US$198). Of course, it wasn’t the nicest room in the world, but it was hardly a flophouse either…although that might be saying more about my own standards than anything.

There’s also a long history of wheeling and dealing here that’s ingrained in the culture, and my wife who was born and raised in Osaka won’t hesitate to negotiate even at big-box retail chains if she feels she’s got an angle on them.

Local businesses, meanwhile, tend to be well aware of this and will cut to the chase by offering big discounts in advance. Walking down the street I’ll often see stores that have large “SALE!” signs in their window 24 hours a day, seven days a week, 365 days a year.

▼ Osaka’s most famous supermarket chain, Super Tamade, has a never-ending one-yen ($0.007) comes out on certain items.

Even vending machines here appeal to residents’ thrifty tendencies, offering drinks for 80, 50, and even 10 yen at times.

Safe, cheap, and friendly are certainly key factors to consider when judging how livable a place is, so surely you can now see why Osaka is definitely worth considering to settle down in. However, the big twist ending to this article is that none of the things I just mentioned were even factored into The Economist Group’s Index, and Osaka still ranked in the top 10!

As we mentioned last time, the Index is based on five general factors; Stability, Healthcare, Culture & Environment, Education, and Infrastructure. Those are kind of vague, so here’s the sub-categories for each one.

It’s hard to speak objectively on a lot of these factors compared with other cities, but having gone through two surgeries and the birth of two children, I can say that healthcare is both good in quality and relatively affordable. Public transportation is pretty solid as well, since I can get pretty much anywhere I need to be by train and/or bus, including two major airports that are both easily accessible.

There’s also absolutely a great deal of cultural availability in the form of comedy, music, and sports.

▼ Do you want art? We got your art right here!

So, it’s still no surprise, to me at least, that Osaka was ranked as highly as it was and is the most livable city in the world…next to Vienna, Copenhagen, Zurich, Calgary, Vancouver, Geneva, Frankfurt, Toronto, Amsterdam , Melbourne, and the potentially hundreds of other cities worldwide not among the 172 included in the ranking this year.

I hope I helped you feel that same way, but if not, would a super fun slide sweeten the deal?