A safety expert says golf cart drivers should pass a driving test and get a license before they are allowed behind the wheel, in the wake of the tragic death of a newlywed bride in an accident.

Marina Morgan, 29, died on Queensland’s Hamilton Island after her new husband Robby overturned their golf buggy while he was doing a U-turn when it ran low on battery.

Mr Morgan, 30, was uninjured but his wife of just 10 days died at the scene, despite the efforts of a doctor, dentist and off-duty firefighter who carried out CPR on her for 35 minutes.

Now Pedestrian Council of Australia CEO Harold Scruby says the carts – which have a top speed of about 20km/h an hour – should be banned, and nobody should be allowed to drive them without a license. 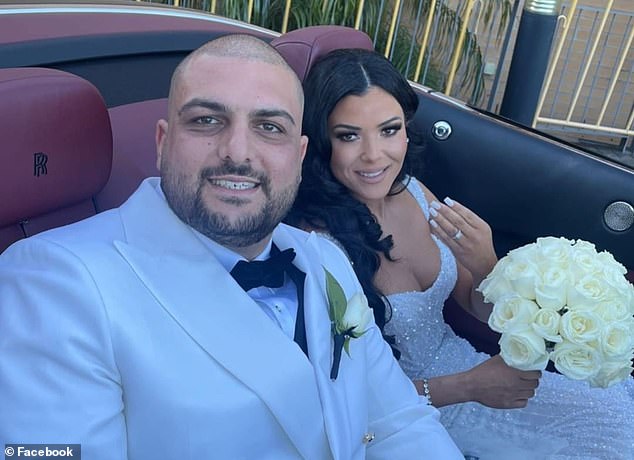 Marina Morgan, 29, died on Queensland’s Hamilton Island after her new husband Robby overturned their golf buggy while he was doing a U-turn when it ran low on battery. 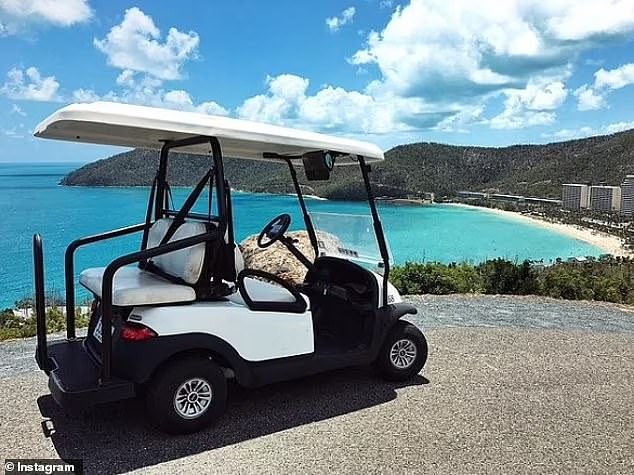 ‘It was out of control when I was there,’ Mr Scruby said of the Whitsundays holiday spot. ‘I was having to jump out the way of them.’

Golf buggies are the among the few motorized vehicles allowed on the car-free island and are a famous feature for visitors. 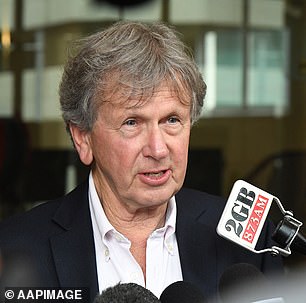 Resort operators insist the carts are all fitted with safety equipment including seatbelts, and their use is regulated by Queensland and Hamilton Island police.

‘It just seemed like most of the people there had no idea how to use them and it was the first time they’d used them. They seemed to be very flimsy.’

There is no suggestion Mr Morgan was in any way at fault for the accident which killed his wife or that he was using the golf cart inappropriately.

But Mr Scruby said the carts were unnecessary.

‘They don’t need them,’ he said. ‘It’s not a big island. People can walk, or the resorts should lay on some shuttle buses like they do elsewhere.

‘You have to ask if the carts have a speed governor on them, or if they are speed limited. Who maintains them? What’s the insurance situation with them?

‘It seemed to be completely unlicensed and anyone could jump on them and drive away. They should be banned.’ 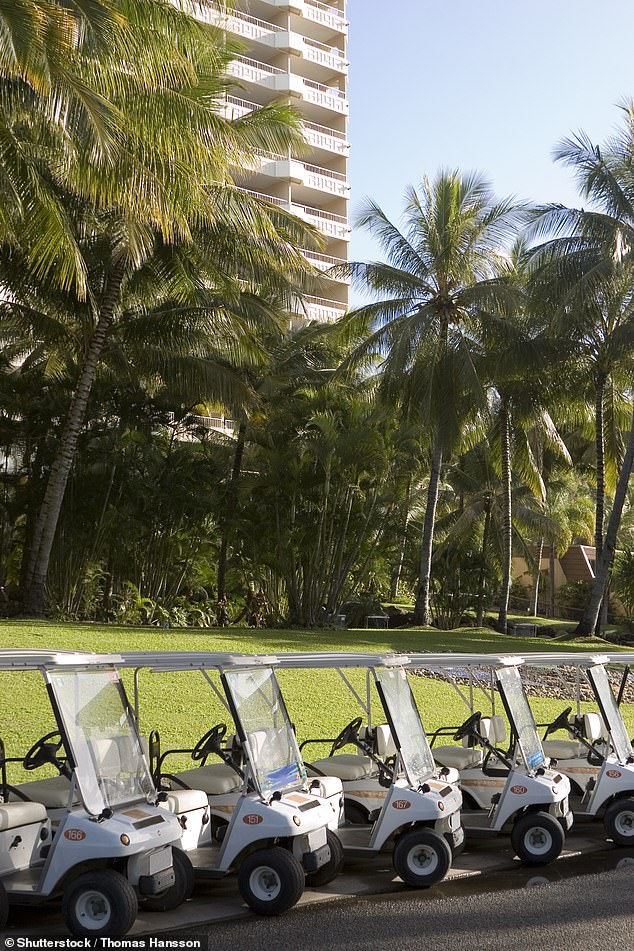 About 15,000 people a year are hurt in golf cart incidents in America, with 6,500 of them kids and three times as many children suffering brain damage in the accidents as adults

He added: ‘Who on earth approved these things? I wouldn’t mind if they were for the disabled – but these are just a joy ride cart.

‘You should be at least 18 and have passed a driving test before you’re allowed to drive these. You need to know the rules of the road and how vehicles operate.

‘It’s like e-scooters – you can’t just let anyone jump on these with no idea or it will end in tragedy.’

Recent statistics on golf buggy accidents are limited for Australia, but a 2010 study in Victoria found there were around 27 accidents a year in the state.

However golf cart accidents are a massive and increasing problem in the USA where they are much more widely used.

About 15,000 people a year are hurt in incidents in America, with 6,500 of them children and three times as many children suffering brain damage in the accidents as adults.

A recent study published in the specialist Journal of Safety Research found most US golf carts lacked basic safety features such as seatbelts, doors, mirrors and lights. 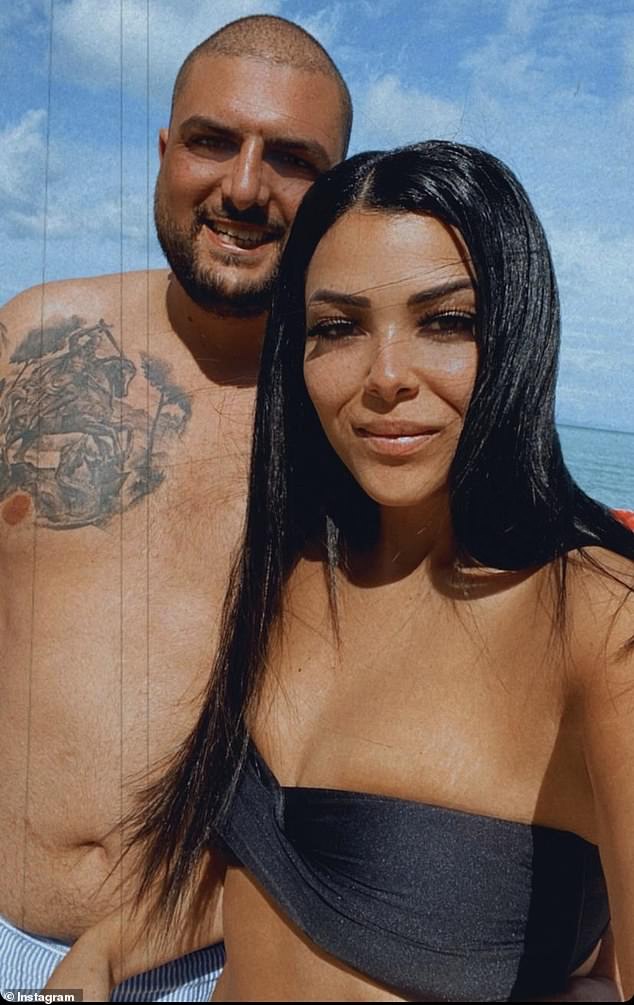 Robby Morgan, 30, was uninjured but Marina died at the scene, despite the efforts of a doctor, off-duty dentist and off-duty firefighter who did CPR on her for 35 minutes. 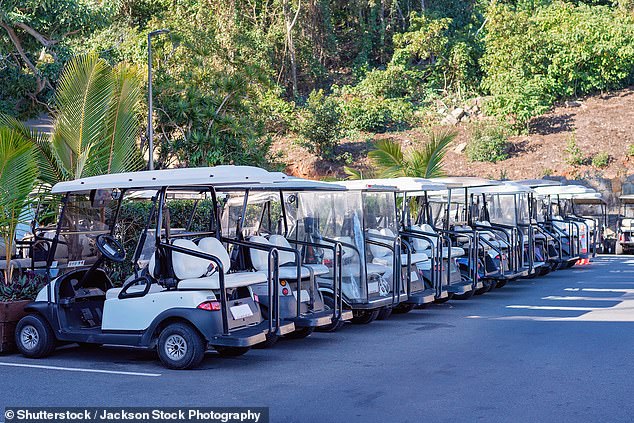 And it warned: ‘Despite the high rate of injuries. there have been no meaningful changes in golf cart design or legislation to reduce these injuries.’

Research also found a leading cause of injuries was passengers being thrown out of the vehicles by the centrifugal force during a sharp turn rather than the cart overturning.

‘Sharp turns are less likely to lead to a driver ejection because the driver has the steering wheel to hold onto and can anticipate the turn,’ a research paper by engineering experts Technology Associates found.

‘Children are especially susceptible to ejection from these vehicles because of their small size, their inability to touch their feet to the floor, and their reliance upon the hip restraint for stability. 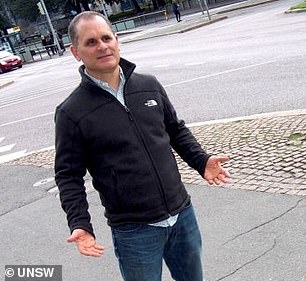 ‘The same studies have shown that seatbelts are extremely effective in preventing occupant ejection.’

Another option for making buggies safer was put forward by Professor Jake Olivier, of the University of New South Wales Transport and Road Safety department.

He said seatbelts could be made compulsory on buggies.

‘If they do tip over, you’re better off being strapped in than not,’ he said. ‘The center of gravity on golf carts tends to be pretty low and they don’t tip over very easily.

‘But if you have a massive weight imbalance, you’re more likely to for sure, although I wouldn’t think that would be common.’

I have compared the golf carts to side-by-side vehicles which look similar and are commonly used on farmland, but have much stronger safety features. 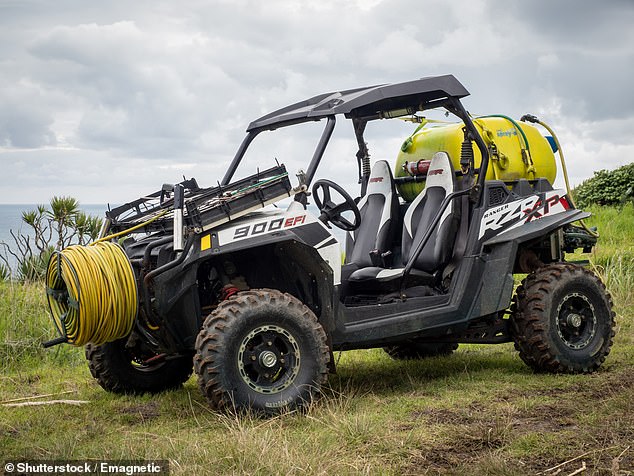 Professor Jake Olivier compared the golf carts to side-by-side vehicles which look similar and are commonly used on farmland, but have much stronger safety features

‘They are far more durable and robust – they have proper seatbelts and a roll over cage,’ he said.

‘So if they roll over and the passengers and driver are wearing seatbelts, they are protected so long as they are within the vehicle – unlike a golf cart.’

He also highlighted the lack of training offered to people driving the golf carts.

‘Even if you drive a motor vehicle, the first time you drove it, it would have been very alien to you,’ he said. ‘It does take some time to get used to it.

‘And if you’re used to driving a several ton vehicle and you get into a very lightweight golf cart, which is electric and you don’t hear the engine and maybe don’t realize you’re going so fast – we just don ‘t realize what the limitations are.

‘It’s potentially a recipe for disaster.’