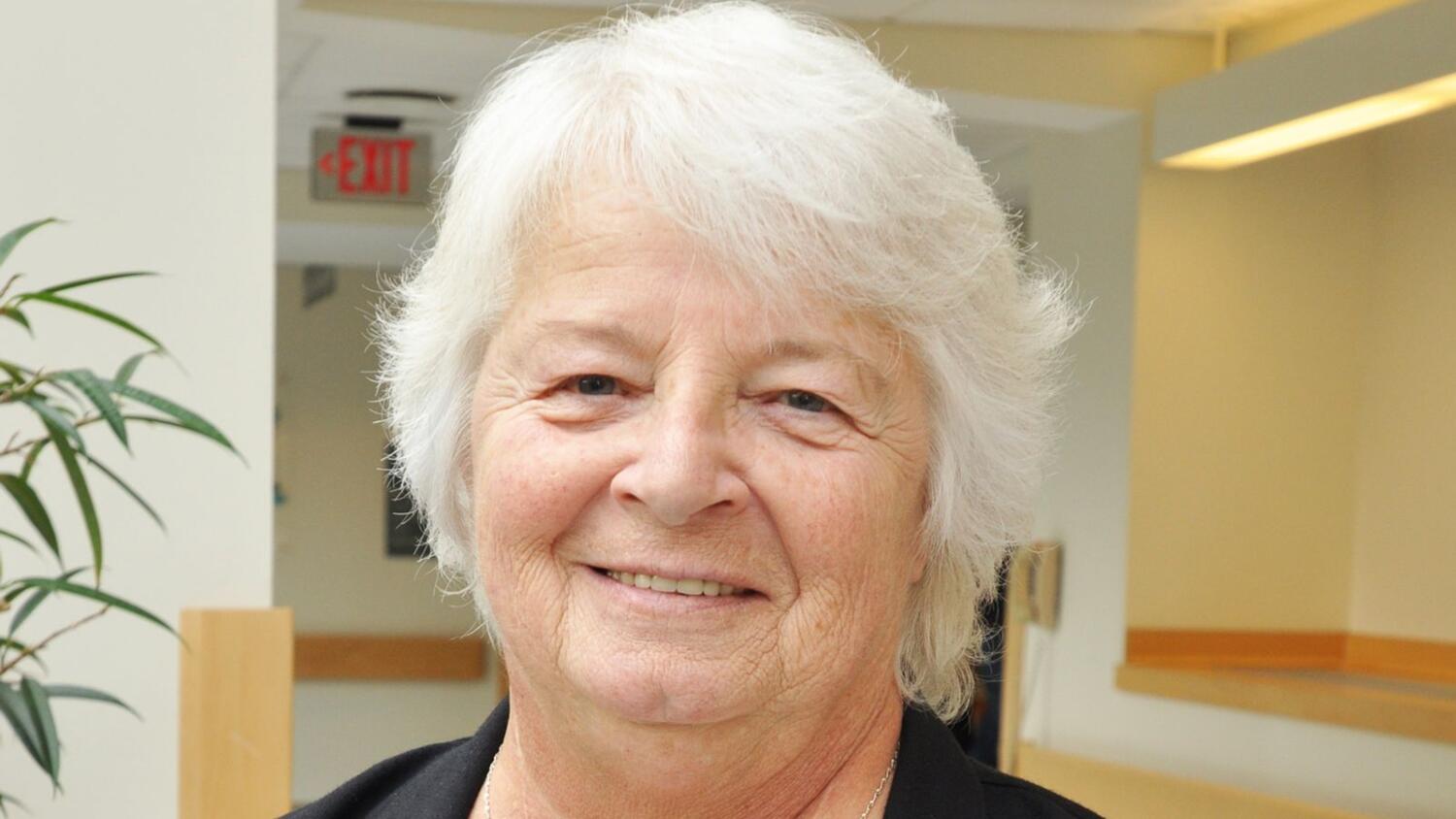 Norwich ― Sister Rita Johnson once described entering patients’ rooms at the Backus Hospital as “standing on sacred ground,” as she helped ease their pain, share prayers, comfort family members and support the medical teams for 41 years as hospital chaplain.

Last week, a steady stream of Backus physicians, nurses, custodians, secretaries, gift store staff, food service workers and former patients lined up to walk on her “sacred ground,” as they bid farewell to the ailing Johnson. She died July 21 at age 80 after a long illness.

“She quietly calmed her guests by noting, she was ‘comfortable and at peace,’” Hadley wrote.

During the past two years of COVID-19 restrictions, and facing her own medical issues, Johnson did not slow her work, Hadley wrote. Johnson counseled patients, hospital colleagues and family members by phone. She kept her religious tradition from her, attending 7 am mass or watching the service on TV.

“We already miss her terribly,” Hadley wrote, “but she would doubtlessly remind us to be thankful for our many years together, and to remember her deep faith. She was the quintessential servant leader.”

Johnson’s niece, Bobbie Flynn of Boston, said seeing the lines of people coming to visit her at the end confirmed what family members knew for decades. In addition to her de ella Boston family, “Aunt Sis” had a strong Norwich family.

“She was always kind, loving, compassionate,” Flynn said Tuesday. “She was a sounding board. You could always talk about your problems or issues, and she always gave you good sound advice. She always sets you in the right direction.”

Johnson talked about the three bones in her “survival kit,” Flynn said: A wishbone to dream the impossible dream; a backbone for courage to live out and achieve those dreams; and a funny bone to always find some humor in life.

When she felt drained, she would go to the shore and find pieces of sea glass. She would tell her niece that sea glass “was wonderful and precious, because it had to weather the storms to get to where it needs to be,” Flynn said. A heart-shaped piece of sea glass will be buried with Johnson in her coffin.

As much as Johnson shunned the spotlight, her decades of service did not go unnoticed. In 2013, Johnson received the Pro Ecclesia et Pontifice, or Cross of Honor, from Pope Francis in recognition of his distinguished service to the church and the pope. The medal is the highest award bestowed on a non-clergy member.

Johnson lived at the Carriage House on the Cathedral of St. Patrick complex on Broadway in Norwich. She befriended the custodial and grounds staff, leaving treats for them each morning as they started their days and sitting in the garden with them as they worked.

Several will serve as pall bearers at her funeral Wednesday.

“She was a wonderful woman, wonderful,” said Joseph Muscarella, a maintenance worker for the diocese. “She was one of the gang. She made good fudge, brownies — she was just one of us. She would say, ‘I want to sit with the guys.’ We love her.”

Johnson will be buried Wednesday in the first plot in a new section of St. Joseph’s Cemetery. The new section near the statues of St. Peter and St. Paul, will be the “SRJ Section,” Muscarella said, dedicated to Sister Rita Johnson.

Johnson was born and raised in Roxbury, Mass and attended Catholic elementary and high schools. She professed her religious vows in 1963 as a School Sister of Notre Dame, the order of her elementary school teachers. She came to the Diocese of Norwich in 1976 and soon started working as the chaplain at Backus Hospital.

She also embraced what the southeastern Connecticut region had to offer. When her niece, Flynn and her three young children visited from Boston, “Aunt Sis” treated them with trips to Mystic Aquarium, Gillette’s Castle, to baseball games at the Thomas J. Dodd Memorial Stadium, Pumpkintown USA in East Hampton and the Lebanon Fair .

Flynn said her aunt’s signature fudge recipe will live on.

“She was so well known for her fudge — homemade, chocolate fudge from scratch,” Flynn said. “I have her fudge recipe. I’ve been trained for over 30-some-odd years. She also trained my three children.”

Johnson is survived by her sisters, Barbara Finn and Maureen Sullivan, and in addition to her parents, Rita and John Johnson, she was preceded by one brother, Jack Johnson.

She is survived by nieces, Bobbie Flynn, Maureen Finn, who was Johnson’s goddaughter, nephew Tim Sullivan and great nieces and nephews, Jake, Emma and Ryan Flynn. She also is survived by her goddaughter, Lauren Rolla, who is the daughter of her physician.